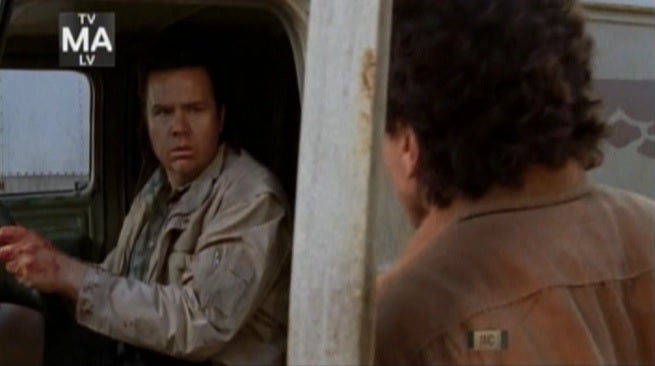 It's unusual for The Walking Dead to heavily feature any kind of non-acoustic music in-story, for obvious reasons...but tonight's episode was a notable exception.

Loud, pulsing music played a big role in tonight's episode -- allowing Eugene to rescue some of his fellow travelers by distracting a small herd of walkers. And of course, everyone took to Twitter to ask what that song was.

Over at Radio.com, they had the andwer, courtesy Thomas Golubic, who helps choose the show's music.

"For this episode, we got an opportunity to use source music to help rescue our heroes," Golubic said. "In Merle's final episode in season three we worked a similar trick letting Merle's good fortune of grabbing a car with Motorhead and Ted Nugent to crash Woodbury and give Merle his final hurrah.  In the case of Aiden, who is of a younger generation, we get Knife Party's 'Internet Friends' and the pleasure of watching Noah roll his eyes when the mixtape starts to play."

The Walking Dead: What Was The Dubstep Song in "Spend?"