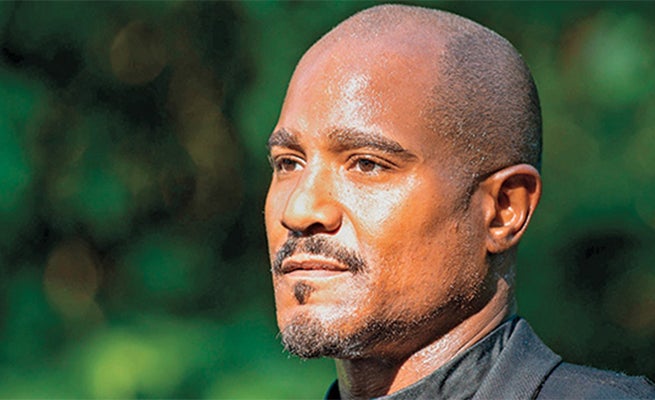 A mystery seems to be plaguing fans of The Walking Dead and it doesn't seem like one that was planned by producers: Where is Father Gabriel?

Some viewers have said he is completely missing since the group arrived at Alexandria. That much is not true. Father Gabriel is in fact in the Alexandria Safe-Zone. He was present during the group's arrival, which you can see in the photo below, and also present when the group handed over their weapons. 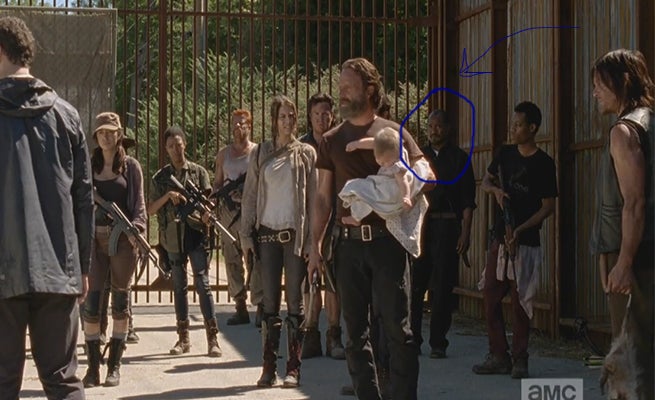 Since then, Gabriel has been absent. Even in the widest, panning shots of the group together in the house, Father Gabriel isn't seen being among them. It's possible that he is present and simply didn't fit in the frame. It's also possible that Seth Gilliam, who plays Father Gabriel, didn't have that day of shooting on his contract. But the fact remains, he is in Alexandria.

I have another theory. Spoiler warning for the comic book series.

In the comic series, Father Gabriel goes on to lead a church which is built in Alexandria. He believes that God led him to the Safe-Zone for that purpose. A little later, he asks Douglas to exile Rick and the group for what they did to the Hunters and other atrocities they had to perform in order to survive, but Douglas ignores Gabriel's request.

Perhaps Gabriel is feeling safe at the new community and distancing himself from the group in the television series. It's possible he plans to start a church and believes that the group is a bunch of dangerous sinners who should be exiled for their deeds. I'm sure Deanna, much like her comic book counterpart Douglas, will dismiss the suggestion if this is the case.

The Walking Dead: Where Is Father Gabriel Stokes?