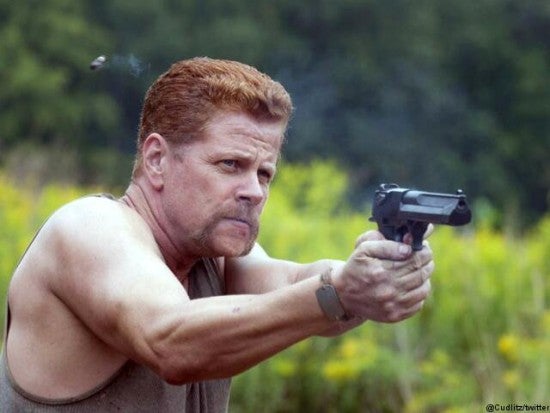 The answer to "Who is Abraham Ford?" is, of course, "The dude with the moustache." At least that's how many fans remember the big lug. Abraham, who first appeared in The Walking Dead #53, shortly after the fall of the prison int he comics, lasted about three years in publication time--that's as long as anybody who isn't one of "The Remains"--Rick, Carl, Michonne and Andrea--can hope to last in the world of The Walking Dead. Along the way, he played a key role in the "Fear the Hunters" storyline (widely regarded as a strong possibility to be adapted in the second half of the show's Fourth Season) and settling into the Alexandria Safe Zone. 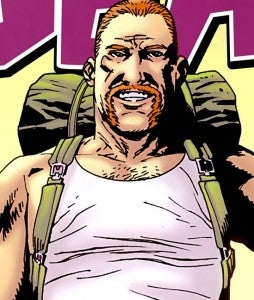 A former soldier and high school sports coach, Abraham is the muscle of his little sub-group of Rick's survivors. Rarely seen without Eugene and Rosita, the latter of whom he's in love with although he's bad at expressing it and at one point their relationship falls apart. That last bit may not make it into the show, where they've been loathe to do too much in the way of "normal people"-type character development. There are a lot of other things that are arguably up in the air... ...most notably just how he will be debuting on the TV series, since in the comics, his first appearance was marked by a showdown with Andrea (dead on the show) at Hershel's farm, where they returned after the prison fell in the comics but are unlikely to do in the TV series. According to AMC's official description of the character, nothing is known about Abraham's life before or as the outbreak started, apart from that he "is vulgar with rough edges but wise." On the Walking Dead TV series, Michael Cudlitz, who is best known for his roles in Southland and Band of Brothers, will be playing Abraham.

The Walking Dead: Who is Abraham?