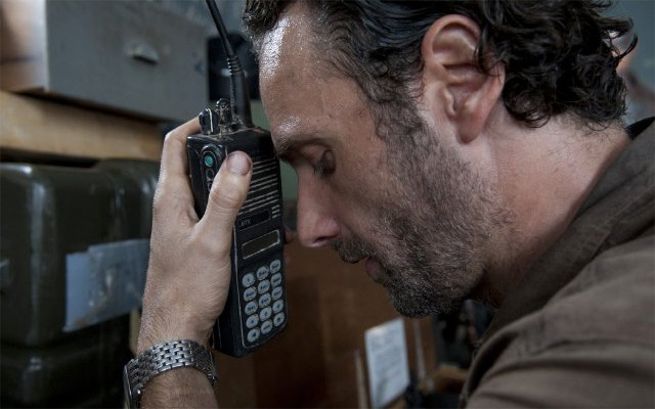 Spoiler Warning: During The Walking Dead midseason premiere, Tyreese hears a radio broadcast in his mind after he is bitten by a walker. The radio broadcast plays back into a story that Tyreese told Noah earlier about how his father had stressed to him the importance of keeping up with news and current events.

Of course, Lincoln wasn't talking in his Rick Grimes voice, but instead he was talking with his normal British accent.

The Walking Dead: Who Was The Voice On The Radio?