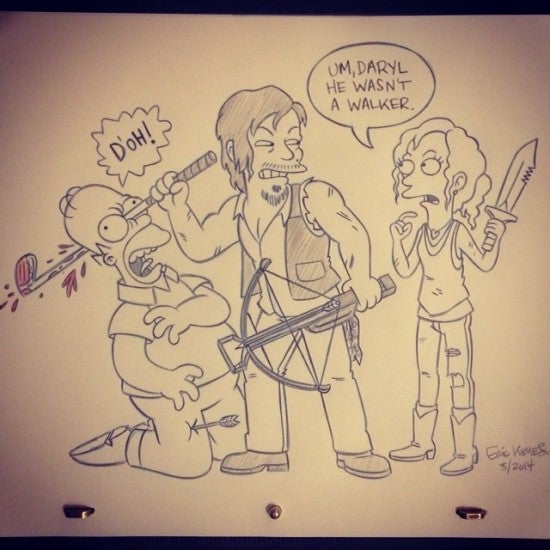 By way of thanking fans for watching last night's Daryl Dixon/Beth Greene-centric episode, AMC's The Walking Dead star Norman Reedus posted the photo above to his Instagram page with the caption, "Thank u guys for watching last night!!!" Not only do we see  that Daryl has apparently murdered Homer Simpson, mistaking him for a zombie... ...but the artist's identity is pretty cool, too. Eric Keyes is an actual The Simpsons animator, so this piece of fan art is hardly by a "fan" at all...and now we know just what it would look like if Reedus and co-star Emily Kinney appeared, in character, on the long-running animated sitcom.