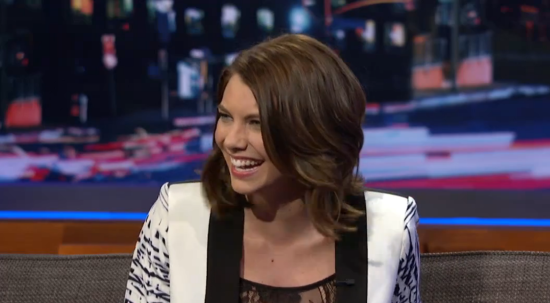 On Arsenio, host Arsenio Hall asked The Walking Dead's Lauren Cohan about being recognized in public places. Apparently, Cohan considers going to some extreme measures to avoid being recognized, even donning a fake accent. Cohan told Arsenio about something that occurred during a road trip. "I was on a road trip, and I was in the South, and I was in a Bojangles…and this group of high school kids came in," said Cohan. One of the girls in the group thought she recognized Cohan, but was waiting to see if she spoke with a British accent. "And I thought, in my head for a moment," continued Cohan, "'I could just be Russian, I could just be Russian.'" Cohan used the Russian accent for a second, but quickly gave up. The Walking Dead airs Sunday nights on AMC.