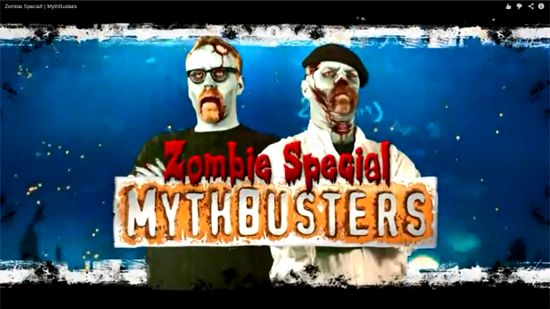 Michael Rooker might no longer be appearing on The Walking Dead, but that doesn't mean he's left the world of zombies behind. Rooker will be a part of an upcoming Mythbusters Zombie Special on the Discovery Channel. According to the description for the special, "The Walking Dead's Michael Rooker joins the team to test zombie myths. Is an ax or a gun more effective when you're swarmed by zombies? Adam turns un-dead to test if the "might of the living dead" can bust down Jamie's door. Can you outrun--or outsmart--a horde?" The Mythbusters Zombie Special premieres on Thursday, October 17, 2013 at 10 PM ET/PT on Discovery Channel. Check out a sneak preview video of the special below.