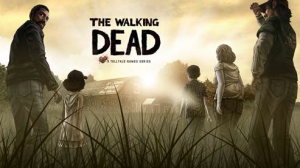 The Walking Dead: Starved for Help

, the second chapter from Telltale Games' series of video games based on Robert Kirkman's colossally successful zombie survival series, launched today along with a pair of trailers to get fans acclimated into the game. The first of the videos, both embedded below, recaps the events of the first volume for fans who are jumping into the second without having played it while the second is a more traditional launch trailer for the second game. The recap trailer is interesting in that there are a number of choices characters can make differently in the open world of the game, and that trailer breaks down how players across different platforms made those choices. You can still get the full series of games at a fairly deep discount, or buy them individually.