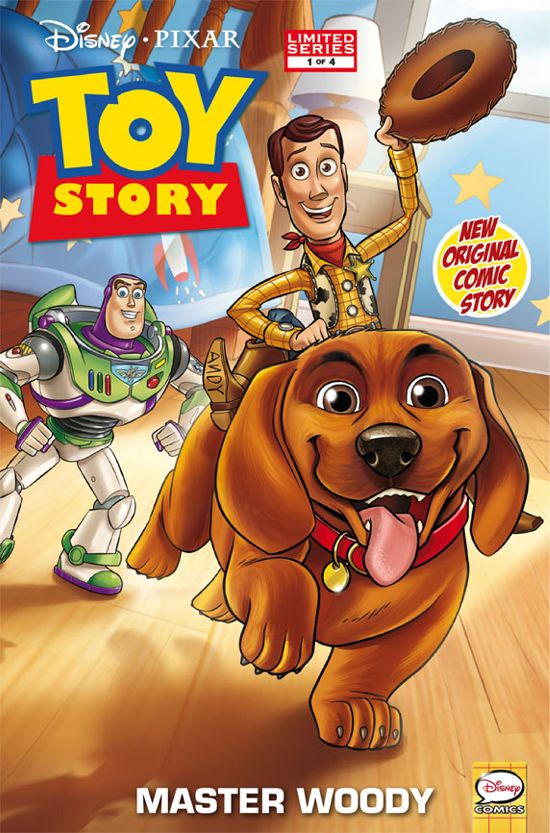 When Disney bought Marvel Comics, many wondered if Marvel might start publishing comics based on some on some of the Disney characters. Back in October, Marvel Comics announced that Prep & Landing would be paying a visit to Avengers Mansion in a bonus story in some of their upcoming comic books. Now, Disney and Marvel have announced a Toy Story limited series. The Toy Story comic book series will feature adventures of Buzz Lightyear, Woody, and the rest of the gang. "Everyone loves Toy Story, so we're excited to team with our friends at Disney-Pixar to bring readers all new stories of our favorite characters from these blockbuster films," said Axel Alonso, who is Editor in Chief of Marvel Entertainment. "Toy Story allows us to bring great new material to the market that's not only perfect for kids, but also a great read for fans of all ages. What's next for Woody and Buzz in these stories? We can't wait for you to find out!" Toy Story #1 will focus on Andy's new puppy, Buster, who loves to play with toys. Of course, playing for dogs means chewing and shaking, so Woody and Buzz will need to get the playful pooch under control. Toy Story is planned as four issue limited series. Toy Story #1 is written by Tea Orsi with pencils by Antonello Dalena and Teresa Quezada-Geer. The cover is by Marco Ghiglione and Silvano Scolari. Toy Story #1 is scheduled to arrive in comic book stores in March 2012. [phpbay keywords="toy story" num="9" siteid="1" sortorder="EndTimeSoonest" freeshipping="true" templatename="columns" columns="3"]

The Last of Us Announcement Teased by PlayStation