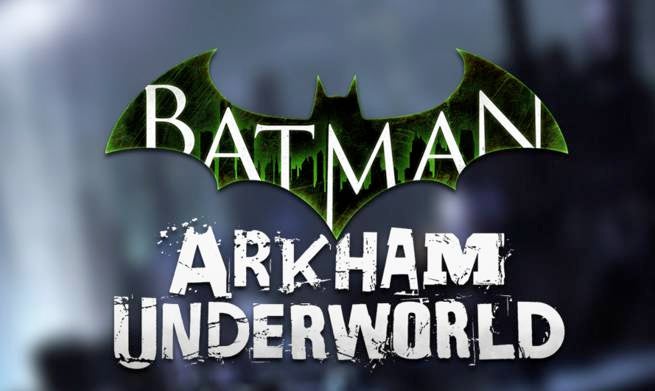 "Our mobile business has been a key priority for the company, and we are utilizing our incredibly talented internal development teams to create games with marquee franchises," said David Haddad, Executive Vice President and General Manager, Warner Bros. Interactive Entertainment. "We've seen tremendous growth with our mobile business and expect to increase our market share by applying our best in class development, publishing and brand marketing to this impressive slate of games."

The following are the new games under development from their press release:

The game blends fighting and card collection for a whole new way to experience Mortal Kombat on mobile platforms. Featuring cinematic gameplay and visceral Fatalities, play as legendary and all-new fighters created for Mortal Kombat X. Players who also own a forthcoming console or PC version of the game will have the ability to unlock content in the mobile game and vice versa.

Rule Gotham City! Build your hideout, then recruit and train an army of henchmen to do your bidding. Command iconic super-villains from the Batman: Arkham universe, including the Riddler, Harley Quinn and Killer Croc, to become Gotham City's next criminal kingpin. Sign up for beta at www.arkhamunderworld.com.
LEGO Batman: Beyond Gotham, TT Games

The Caped Crusader joins forces with the super heroes of the DC Comics universe in this premium game and blasts off to outer space to stop the evil Brainiac from destroying Earth. Now the greatest super heroes and the most cunning villains must unite and stop Brainiac before it's too late.

Gamers will grow their collection of legendary DC Comics super heroes and villains, customizing super teams with the right heroes for each encounter in this mobile RPG.

Game of Thrones, Turbine
(Game title to be revealed at a later time)

Conquer Westeros in an epic combat strategy game based on the hit television series from HBO®. Prove the wit of your spies and the might of your forces on the battlefield as you extend your dominance across the seven Kingdoms. Join an alliance, rise to power, and then try to take the Iron Throne if you dare!

Which of these are you most excited for? Let us know in the comments below!

Minecraft's The Wild Update Gets a Release Date