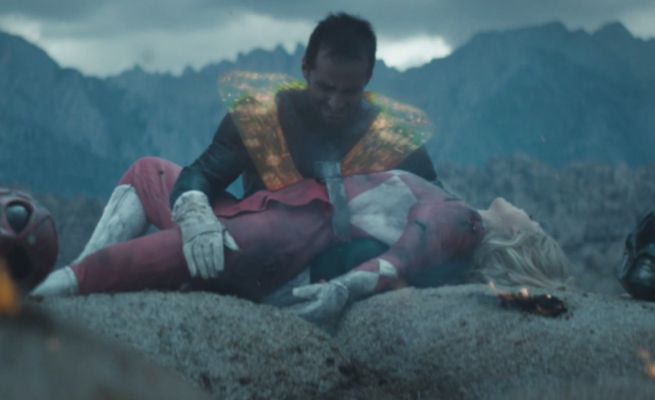 If you want to watch director Joseph Kahn's Power/Rangers short film, then you better hurry. The unofficial fan film premiered on Vimeo in the early morning hours. It was an instant hit, even being designated as a staff pick by Vimeo.

However, the NSFW video disappeared from Vimeo during the day, and Kahn has suggested that it was due to pressure from Saban Entertainment, which owns the Powers Rangers copyright.

Kahn tweeted, "Saban is trying to shut POWER/RANGERS down. If you'd like to keep watching, tell them to stop harassing me https://www.sabanbrands.com/contact/"

However, even that version might not last for long, as Kahn also tweeted, "Y'all better watch the s*** out of POWER/RANGERS. No idea how long it'll be up. Going to bed. Goodnight."