Power Rangers is now in theaters - much to the delight of fans of the original '90s TV series, and its many spinoffs. With a new "Breakfast Club meets Chronicle" angle to the mythology, the Power Rangers movie mixes a lot of older, fan-favorite elements with some exciting new ideas, culminating in a cool superhero team origin story.

As with any superhero film, there's the question of whether or not Power Rangers has an end credits scene that viewers should remain in their seats to watch. In this case, the answer is a resounding "yes!" And if you're a longtime fan of Power Rangers, the scene is something you may already expect - but will still probably love, nonetheless!

Click "Start Slideshow" to proceed to the next page and find out what Power Rangers' end credits scene is, and what it means for the potential sequel film! SPOILER ALERT!

After defeating Rita Repulsa and saving Angel Grove, our Power Rangers team find themselves back in their everyday lives - which means returning to the school detention sentences where Jason, Billy and Kimberly first met.

This time though, the kids have bonds of friendship and one hell of a secret to share - but if the scene that appears midway through the end credits is any indication, the team dynamic could soon be interrupted by a new arrival...

Power Rangers couldn't end without borrowing one more moment from John Hughes' filmography, and in Ferris Bueller fashion, we get a teacher's monotone voice taking role in detention, only to land on a student who isn't present when called for: "Tommy Oliver."

All we see is an empty desk with a green varsity sports jacket draped over it - but that's enough to make Power Rangers '90s series fans giddy with excitement!

NEXT PAGE: Who Is Tommy Oliver? 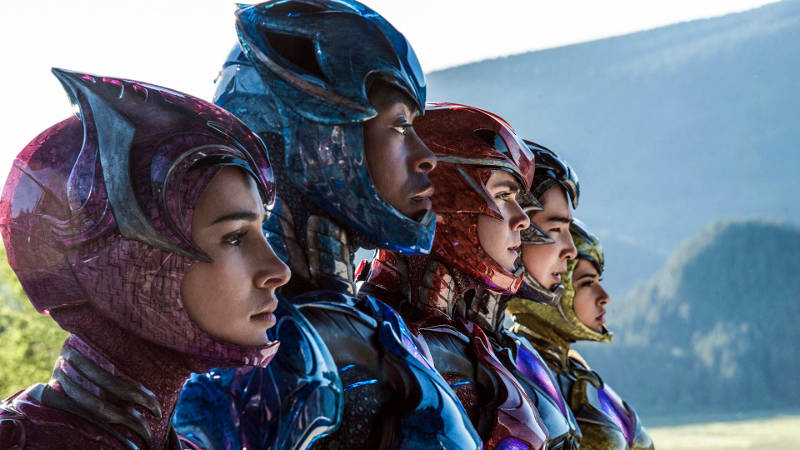 Who Is Tommy Oliver?

If you sat through the Power Rangers end credits scene but couldn't understand why certain people in your theater were freaking out so hard over the name of an absentee detention teen - allow us to explain.

In the '90s Power Rangers TV series, Tommy Oliver became The Green Ranger, the first evil Power Ranger ever created. He was brainwashed by Rita Repulsa into ambushing and dismantling the Power Rangers, and wreaked havoc on the team until Red Ranger Jason freed him. After that, Tommy became the new leader of Power Rangers, eventually morphing into The White Ranger.

Tommy was one of the only original Rangers to continue through multiple series, with actor Jason David Frank playing the character all the way up until 2014.

Now that the Power Rangers movie reboot has introduced Tommy to its continuity, the character can begin a similarly epic rise through the mythology. However, in this movie continuity, things are obviously going to be different...

We didn't get to see all of the backstory with Zordon's Power Ranger team in the film, but simple math and color comprehension tells us that they numbered six, not five, with Elizabeth Banks' Rita Repulsa serving as the "fallen" Green Ranger, who murdered her team.

That's obviously a big deviation from the original TV series canon, wherein Zordon and Rita were never Rangers themselves, and Tommy/Green Ranger was the first "Evil Ranger." However, a Power Rangers movie sequel can easily acknowledge the original canon, while still doing something new.

With Rita now frozen (in stasis?) and floating through space, her green Power Coin is presumably left on Earth where she dropped her staff. If Tommy Oliver were to stumble upon the Rangers' secret and came into possession of the green Power Coin, it could conceivably be corrupted by Rita's influence (even still connected to her directly) and then we would have your classic evil Green Ranger!

At this point, most fans probably expect a Power Rangers sequel to tackle the Green Ranger saga; and that means also seeing The Green Ranger's badass Dragonzord!

Saban's Power Rangers follows five ordinary teens who must become something extraordinary when they learn that their small town of Angel Grove - and the world - is on the verge of being obliterated by an alien threat. Chosen by destiny, our heroes quickly discover they are the only ones who can save the planet. But to do so, they will have to overcome their real-life issues and before it's too late, band together as the Power Rangers.

Have you seen it yet? If you have, be sure to give the movie a rating in our official ComicBook User Rankings below!