Episode 7x15 of The Walking Dead is titled, "Something They Need." The official synopsis for Something They Need reads, "A group of Alexandrians embarks on a journey to a distant community. One group member must make a heartbreaking decision."

The journey in reference is to the Oceanside community which was introduced in Episode 7x06 (Swear). The Tara-centric hour introduced a group of women whose men were killed by Negan and the Saviors but also happened to have a massive cache of guns. Before the hour concluded, Heath had gone missing but Tara made a promise to never tell her group about this community.

Two weeks ago, Tara was last seen breaking that promise as she pulled Rick aside in Alexandria to tell him about the community as Alexandria needs guns to satisfy Jadis and their new allies in the war against Negan.

However, Tara and ther group are hardly the characters most at risk in Sunday's new episode. Sasha was last seen rushing into the Sanctuary with guns blazing and Rosita encountered a mysterious figure on its outskirts who many suspect to be Dwight.

Some characters are in a considerable amount of trouble while others can be called safe, for now. On the following slides, we run through each characters at-risk odds.

Rick- Safe. Rick has returned to form, best displayed by the negotiation scenes with Jadis. However, his scavenging run with Michonne served as a wake up call for both characters to realize this world is still very dangerous, with or without Negan around. It's time to round up the ammunition.

Michonne, at Rick's side, is equipped with the necessary skills to survive a fight but, more importantly, the intellect to avoid one altogether. Walkers are hardly a threat to her, anymore.

Carl- Safe. Having learned his lesson about sneaking out of the Sanctuary, Carl might actually lay low and learn to survive. Playing it safe on the way to Oceanside, Carl will survive.

Tara- Danger. Having unveiled the secret that is Oceanside, Tara is a threat who betrayed a community loaded with guns. If they take aim at anyone, it will be her.

Gregory- Safe. His people know he is weak, all of the Negan's men are mad at him, and there's a certain widow after his job. Still, he has aligned himself with the Saviors and is clearly playing both sides of the war.

Daryl- Danger. The Saviors are actively hunting Daryl. Unlike Maggie, who they think is dead, they have their eyes and ears at the read for any sign of the little Dixon brother.

Ezekiel- Safe. Surrounded by people ready to sacrifice for him, King Ezekiel sits safely on his throne with great power. However, the time has come for a fight. He knows the fight does not begin today, though.

Jerry- Safe. The comic relief of this series can't go anywhere just yet. We just won't allow it. Tensions are heating up, though.

Dianne- Safe. Until the Kingdom goes to war, its soldiers are safe at home.

Daniel- Safe. Until the Kingdom goes to war, its soldiers are safe at home.

Carol- Safe. Carol knows what will be required of her in the war ahead but, until it starts, is wise enough not to seek battle in the manner of Rosita and Sasha.

Dwight- Safe. He has some serious internal struggles going on and may turn on Negan, sooner than later. If he does, he will have Rick's army to keep him safe.

Negan- Safe. For now, Negan is still in complete control of the Sanctuary's surrounding communities. That said, it might not last that much longer as Rick rallies soldiers.

Sasha- Danger. Trapping herself in the Sanctuary was a horrible decision. She is now a hostage of the Saviors who gunned down several of their men on their own territory. Needless to say, that sort of thing makes Lucille thirsty.

Eugene- Danger. Sasha's arrival to the Sanctuary puts Eugene at risk of being revealed. Don't forget, the character is not actually a scientist and Sasha knows this. If he has to make a tough decision, he might just make the wrong one. 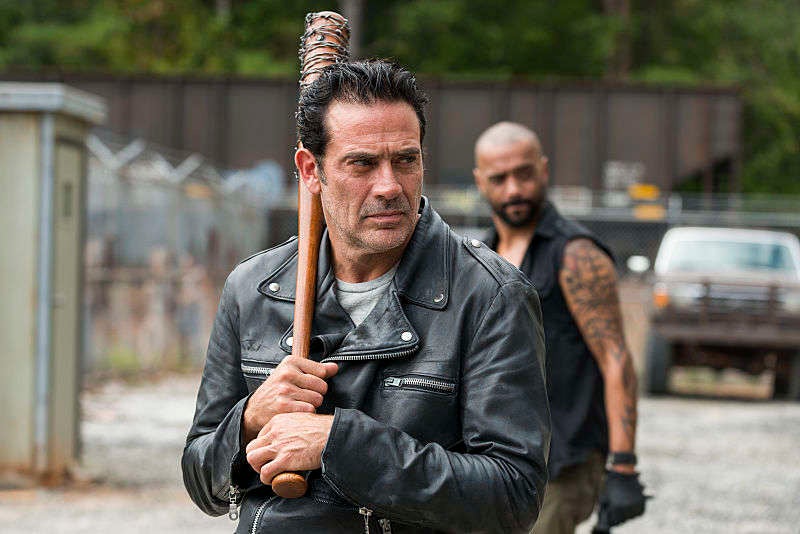 Jadis- Safe. No one can afford to threaten Jadis right now, except Negan who has not yet met her group.

Rosita- Danger. The suicide mission was one thing. But encountering a mystery figure on the outskirts of the Sanctuary has this hasty lady in a dangerous spot.

The Walking Dead: Who Dies In Something They Need