Seven years in, The Walking Dead has completely reinvented itself. It's no longer a show based solely on the survival of its main characters. For the first time, the group of survivors lead by series hero Rick Grimes has been completely stripped of his power and forced to cooperate with an oppressive tyrant when they finally saw a glimmer of an enjoyable life in front of them for the first time.

Many fans are plaguing comment sections with complaints about the show, tweeting their remarks at folks who have enjoyed the past six episodes for better or worse, and swearing they are making other plans on Sunday nights.

Admittedly, The Walking Dead has never been without its flaws and Season 7 is no exception. However, looking back at where the season started on October 23 to where each character stands with two episodes remaining in 2016, it is clear that the show has covered a lot of ground in Season 7. The delivery can be the subject of debate, with fan-favorite characters sitting out entire episodes for multiple weeks at a time, but the content has been some of the best the show has had to offer.

Fans of The Walking Dead need to be patient. It's a lesson the show has taught us several times over.

Remember the search for Sophia? That story line ended with one of the most shocking and devastating plot twists on television. The journey to Terminus was a long one which culminated in the most epic action The Walking Dead has ever crafted. The build towards Negan's arrival took the better half of Season 6 but paid off in dividends when fans got more than what they wished for in the Season 7 premiere. 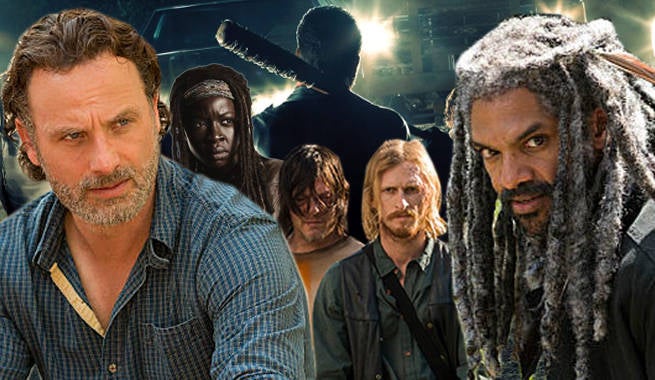 Now, in Season 7, the story has set the stage for another explosive payoff.

First of all, the second episode of the season offered one of the series' most intersting characters: King Ezekiel. Not only did we meet the extravagant leader of the Kingdom but we saw through his guise for who he really is. We met a new community which will have to align with Rick's Alexandria bunch if there is any hope of taking down the Saviors.

Throughout the season, Negan has been a character ripped straight from the pages of Robert Kirkman's comics (F-bombs aside). His dialogue has been altered only to meet television censorship standards but has otherwise been nearly spot on from issues 100-108. The 90-minute episode 7x04 was a prime example of this and this Sunday's 7x07 will leave fans who have jumped off The Walking Dead train feeling as though they're really missing out.

How about Rick and Michonne? The characters appeared to be living happily ever after late in Season 6 but Season 7 has brought them great pain and friction. In fact, Rick was forced to deliver one of the most heartbreaking monologues late in 7x04 as he acknowldged Lori's death and Judith's true parentage for the first time in years -- or ever with his girlfriend.

Then there is the expansion and development of characters like Tara, Jesus, Sasha, Spencer, Rosita, and Eugene. For the most part, they have never been looked as leading characters on the AMC series. Sometimes, they even ranked behind the title of "backseat characters." However, Season 7 has shined a spotlight on all of them. There are more named characters in Season 7 earning attachment from fans thanks to attention from showrunners than ever before. Hell, we were even sweating over possibly losing Olivia a couple of weeks ago.

As The Walking Dead's world has been built on a one-episode-per-week basis in Season 7, the feeling of the storytelling being slower than usual is not uncommon. However, looking back at how far we've come in just six episodes proves that the show has plenty of tricks up its sleeve as it closes in on what will be 99 episodes by the end of the season.

MORE WALKING DEAD: Major Events Teased In Opening Credits / Danai Gurira On Michonne Filling Key Comic Book Role / New Photos From Sing Me A Song/ What Did Michonne Find? / Austin Nichols Say Spencer Wants To Be A Leader / How Season 7 Could Have Been Better

Lauren Ridloff Is Back as Connie in New Walking Dead Image