The Walking Dead has killed more characters than most shows on television. In the early years, faces which seemed to be sticking around as core roles were killed off left and right. The cast and crew of the show are often asked to reflect on cast members of earlier seasons and this was the case for Chandler Riggs over the weekend.

While playing host to a crowded panel on board the 2017 Walker Stalker Cruise, the actor who plays Carl Grimes was asked which character from The Walking Dead he would bring back, given the chance.

Riggs might be a bit biased towards Shane, seeing as the character raised his for a few weeks in the world of The Walking Dead. Of course, this all happened off screen but part of Riggs' earliest days on the AMC series were spent with cast members who are no longer on the show such as Jon Bernthal and Sarah Wayne Callies. Had Callies survived, the show might not be as drastically different as it would if Shane were around, but Carl likely wouldn't be the hardened teenager he has grown into since her death. 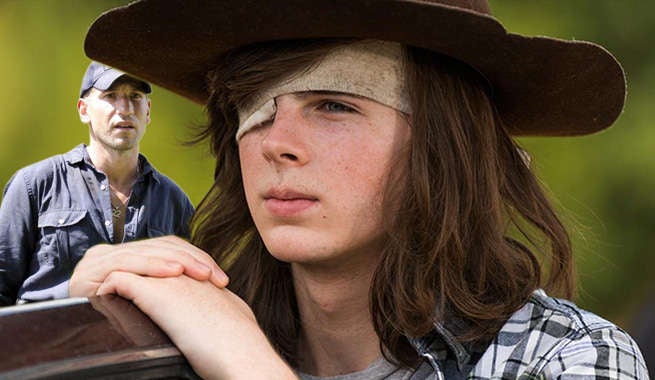 Riggs likely is not alone in his wish to see a version of The Walking Dead in which Shane survived a few more seasons. The character bumping into Negan would have been an epic scene in itself but the entire journey to that point likely would have been significantly different. Who knows -- the character might have actually become a Negan before Negan did.

Luckily for us, one man was brave enough to add Shane Walsh into every major scene from The Walking Dead which will have to suffice for those wishing to have had more of him. Check them out by clicking here!

The Walking Dead: The Shocking Character Chandler Riggs Wants To Bring Back