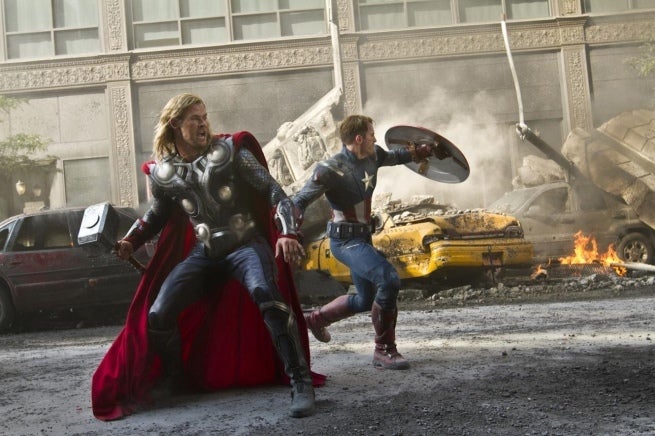 The Daily Mail is reporting the cast of Avengers: Age of Ultron will reconvene, along with director Joss Whedon and crew, for reshoots in January.

The reshoots will take place in Pinewood Studios in the UK over a two week period. The filming may not require every star to be in a attendance, but notices to be at the ready have reportedly been sent to core cast members Chris Hemsworth (Thor), Robert Downey Jr. (Iron Man), Mark Ruffalo (The Hulk), Jeremy Renner (Hawkeye), Paul Bettany (The Vision), and Scarlett Johansson (Black Widow), as well as Tom Hiddleston (Loki). This further confirms Loki’s presence in Avengers: Age of Ultron, and is also at least the second time a Marvel film may choose to include a little extra Loki to the mix, after reshoots for Thor: The Dark World added more scenes featuring Hiddleston’s fan favorite villain.

Principal photography on Avengers: Age of Ultron wrapped in August, but the report suggests Whedon and the film’s producers felt the film needed a little more action to help put it over the top, leading to the call for reshoots.