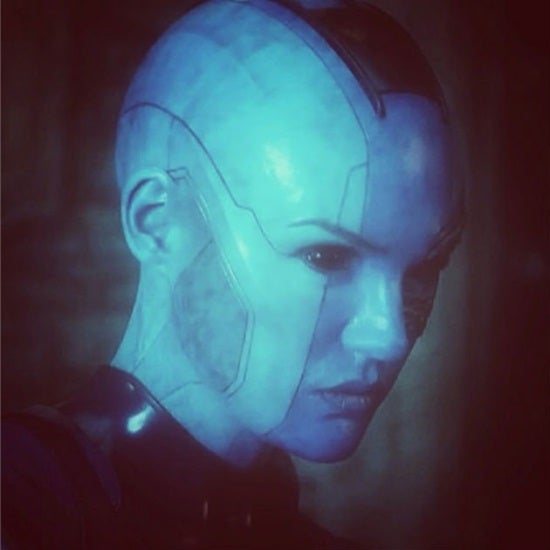 At the Wizard World Atlanta Comic Con this weekend, Karen Gillan, who plays Nebula in Guardians of the Galaxy commented briefly on Josh Brolin being cast as Thanos in the film.

“That’s so cool,” said Gillan. When it was suggested that Brolin might be able to give her some good western voice tips for her upcoming film In a Valley of Violence, Gillan said, “You’re right. That’s the person to talk to. I will.”

When asked if it was tedious to have all the blue makeup put on for her role in Guardians of the Galaxy, Gillan said, “It wasn’t tedious, but it did take five hours every morning, which is a long time to be sitting in one place. So it was tough mentally just to kind of sit there and not sort of go stir crazy. But also, it was really worth it, because when I was finished, people were audibly gasping when I would walk around.”

Guardians Of The Galaxy: Karen Gillan Comments On Josh Brolin As Thanos