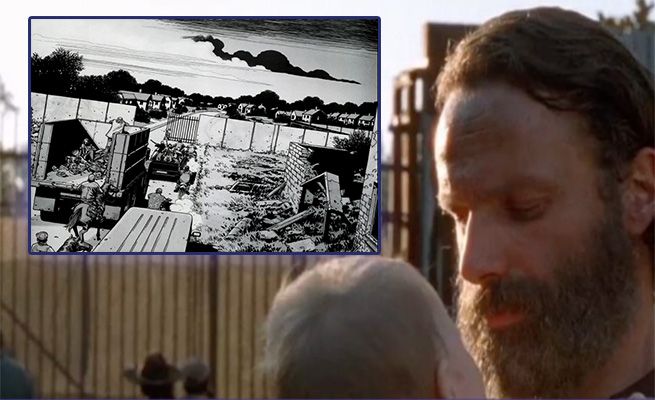 With the group following Aaron to the Alexandria community on the television series, it seems apparent that The Walking Dead is following the comic book source material as much as it ever has. For fans of the comics, it can sometimes be easy to know what is coming next, but for the millions of viewers who don't have access to or simply choose not to read the comics, it can be difficult to know what to expect.

In the Alexandria Safe-Zone, the comic book series introduced a lot of new characters. Some of these characters come and go, but some become staples in the dynamic of the series. 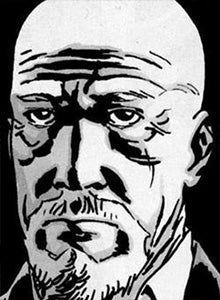 In the preview for this week's episode, Aaron suggests that Rick and the group speak to Deanna because she, "knows more about this place than anyone." In the comic book series, Douglas Monroe founded the Alexandria Safe-Zone with co-leader Alexander Davidson. Douglas Monroe ended up banishing Davidson because he began abusing his power and women in the community. Monroe has a genuine love for the community and wants nothing more than to see it thrive. It is entirely possible that, "Deanna," who was referred to in the preview for season 5 episode 12 will be the television adaptation of Douglas Monroe. Monroe has a genuine calmness except when folks mention Alexander Davidson. While little is know about Monroe's life pre-apocalypse aside from the fact that he was a Democratic Congressman from Ohio, his ability to hope for and enforce humanity on people makes it seem like he wasn't on the road or exposed to horrors like Rick's group has been. 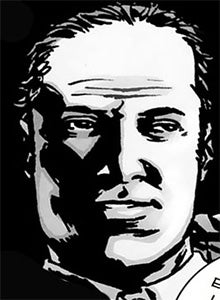 Human to human conflict is a driving factor in the comic book series and the show. In the Alexandria Safe-Zone, Rick and the group will of course butt heads with some folks. Such is the case with Peter Anderson, an abusive husband and father who makes an attempt at taking Rick's life. When he fails, and kills Monroe's wife in the process, Rick ultimately puts him down while at a funeral. Why is this important? Because it leads to Monroe becoming so depressed that he appoints Rick the leader of the Alexandria Safe-Zone. It's a possibility that Peter's wife, Jessie, will have a different fate than she did in the comic books because the show may look to replace the Rick and Andrea love story that developed on the pages. Andrea has been dead since season 3 and it seems apparent that Carol is filling her role of bad-ass, right-hand lady to Rick, but it's really unlikely that Carol and Rick end up getting romantically involved. 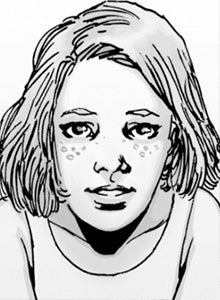 As many fans of The Walking Dead know, the television series likes to take certain liberties in varying character's lives and deaths from the comics. In the series, which is still seasons ahead of the show, Sophia is still alive and a best friend to Carl. It seems inevitable that Carl will meet other kids in the community, but his relationship with Sophia becomes very protective and leads to conflict amongst the youngsters in the community and their parents. It's possible the show will replace Sophia with another young girl to become Carl's friend and receive his protection and defense from bullies. Yes, the show is going to change it's tone a good bit in this community. Things are going to be much less apocalyptic and much more civilized. The kids will go to school, the adults will have jobs. There will still be a constant threat of death by zombie or human enemy, but overall, the tone will most likely feel very different from the arrival at the Alexandria community on. 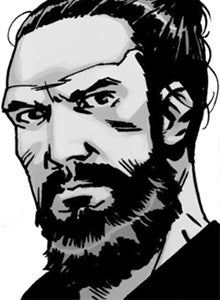 Paul "Jesus" Monroe is a fan favorite character in the comic series. He comes into a play a little later than most members of the community because he is, in fact, part of an entirely different community. He hails from the Hilltop and wants to begin working trade with the Alexandria community. How is he greeted? By a nice warm left-hook (Rick's a lefty in the comics, and not by choice) from Rick. Shortly thereafter, Jesus becomes basically the Daryl of the comics which is kind of scary for the shows fan-favorite and wild card who was not featured in the comic series. Jesus is a skilled fighter. He can catch incoming javelins, ninja-kick people off of horses, and attack or defend just about any person he chooses. He plays a big role in the All Out War storyline in which the Alexandria Safe-Zone community teams up with the other communities to take on Negan and his group called the Saviors. 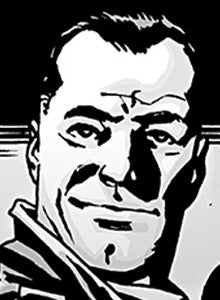 You've either read his character in the series, googled the name, or at the very least heard about him on Twitter. Negan is a menace in the comics who is introduced in unforgettable fashion in issue #100. He takes his barbed wired bat, which he treats like a lady and calls "Lucille," to Glenn's head and menaces the Alexandria, Hilltop, and other communities. Will he show in season 5? Doubtful. There are thirty issues of the comics between arriving at the Safe-Zone and meeting Negan in which serious events take place, such as the No Way Out story line where Alexandria is almost completely over run with zombies. One thing is almost certain though, we will meet Negan eventually and it won't be pretty for a few of our cast members.

The Walking Dead: Alexandria Characters From The Comics That We Might Meet On TV