The superheroes of Netflix's Defenders occupy a strange corner of the Marvel Cinematic Universe, as they are at once connected to the larger franchise and yet still isolated to their own lane. At this point, fans are used to not seeing characters like Daredevil even come into contact with Agent Coulson and his S.H.I.E.L.D. team - but there's been some question as to whether Avengers: Infinity War will go for a complete MCU crossover by incorporating the Defenders into the mix.

Well, according to Jessica Jones showrunner Melissa Rosenberg, fans shouldn't get their hopes up. In a recent interview with EW, Rosenberg pretty much killed any lasting hope of a Defenders appearance in Infinity War; when asked if there was any possibility of a cameo appearance from Jessica Jones and her Defenders teammates in the upcoming Marvel crossover, Rosenberg's answer was quite definitive: "None whatsoever. Our partners are Marvel, and if we’re doing something that’s counter to [their continuity], they would pull us back or orient us on the right path, so clearly we’re [okay]. But we’re very much in our own world."

This continues to be a strange "...cake and eat it too" aspect of the Marvel Cinematic Universe. Everything is supposed to be seamlessly interconnected, yet the lines between Marvel TV and Marvel movies are rigidly divisional. It would be so easy for Marvel Studios to include even a brief cut scene of The Defenders helping to defend NYC from Thanos' invasion, instead of having their absence in Infinity War left as some dangling thread to be explained ("Why didn't they suit up when a giant spaceship appeared over NYC? Where were they? Etc...").

Of course, you never do know these things for sure. Marvel Studios is notorious for filming last-minute cameos and surprises for its films - sometimes just weeks before release (see: The Avengers post-credits shawarma scene). So, while Rosenberg may not be aware of any crossover plans, we could still (conceivably) get such a cameo. 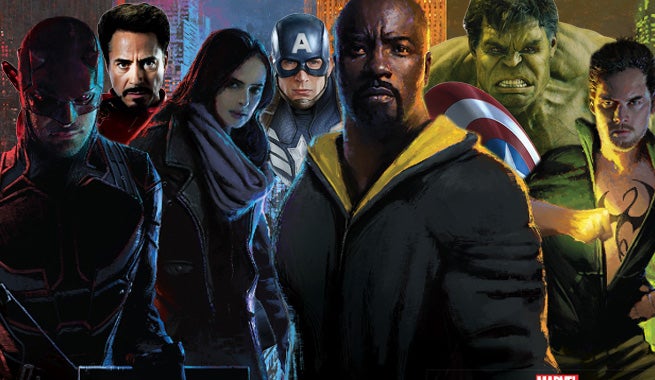 ...Of course, Marvel movie head Kevin Feige and Marvel TV head Jeph Loeb have never really exhibited a "collaborative spirit," so it's doubtful that Feige would go out of his way to give some Marvel TV characters an opportunity to shine that bright on the big screen.

The Defenders and The Punisher are now streaming season on Netflix. Jessica Jones season 2 and Luke Cage season 2, are already in production, with Daredevil season 3 and Iron Fist season 2 about to start production, as well.

'Jessica Jones' Showrunner on Whether The Defenders Will Have Any Connection to 'Avengers: Infinity War'