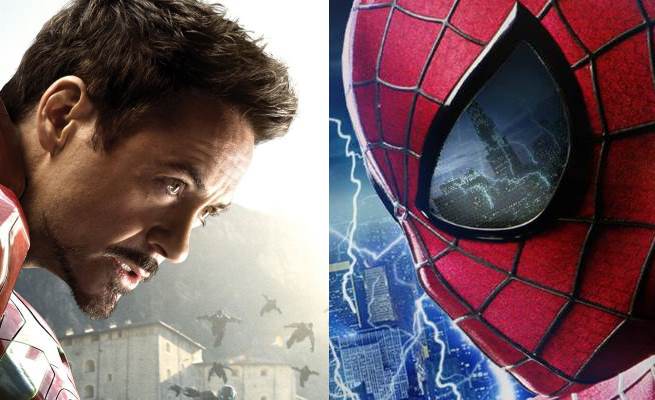 The latest rumor making its way through the mill is that Drew Goddard will be directing Marvel Studios' first Spider-Man movie, now dubbed Spectacular Spider-Man. The news comes from the Latino Review, and also mentions a scene involving Spider-Man trying out for the Avengers by fighting Iron Man.

So is this rumor even remotely possible? We think so. The details of the Sony-Marvel deal that came out when the deal was announced did specify that the deal goes both ways, meaning that Spider-Man can appear in Marvel movies and Marvel Studios characters can appear in Spider-Man movies for Sony. So there's no trouble there.

Would Robert Downey Jr. go for it? It seems like easy money for him, so its hard to see why not. The deal Downey worked out with Marvel for Captain America: Civil War involved him getting a significant percentage of any profits they made on the movie past what Captain America: The Winter Soldier grossed. It's easy to see Downey working out something with Sony to similar effect. Downey gets a paycheck and Sony gets a boost in buzz thanks to Tony Stark's appearance in the movie. Seems like a win-win.

Of course, there's room for error here. Maybe Downey wants to go make The Judge 2, and can't be bothered to make time in his schedule. Or maybe Sony isn't as willing to go along with Downey's percentage as Marvel has been. These things happen, but there's no reason why Downey couldn't make an appearance if all parties are amenable.

Form a narrative perspective, there are some questions raised. The movie is said to see Spider-Man battling the Sinister Six. If Tony is pro-registration, it stands to reason that, even if Spidey fails his Avengers audition, this teenage boy is going to be on his radar. Does Sony really want to remind the audience that Spider-Man has this connection to the greater hero community right before he goes into a 6-vs-1 underdog against all odds style battle? It makes you wonder why Tony and the Avengers aren't giving this kid a hand. Sure, they can find a reason to hand wave this away, but why bring the issue to the forefront in the first place?

In the larger scheme of things though, it makes some sense. On a meta level, there's a nice symbolism to Marvel's biggest star, who seems close to retirement – or at least taking more of a supporting role - showing up in the first movie starring the character who will most likely be made into Marvel's next biggest star. Tony and Peter Parker also have a special bond in the comics, based on each of them having a passion for science, which really comes to the forefront during Peter's time with the Avengers. So yeah, it makes sense, they just need to be careful not to hurt the Spectacular Spider-Man's story in the process of introducing this relationship.

But Drew Goddard is a skilled writer and director, so we're confident he'd be up to that task. Either way, this is all still unofficial, so we'll have to wait and see what actually comes to pass. Until then, sure, why not?

Will Robert Downey Jr. Appear In The Next Spider-Man Movie?