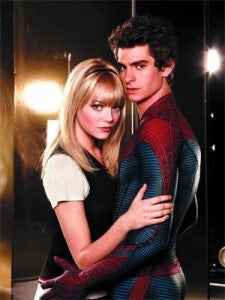 In an interview yesterday on Ellen, Amazing Spider-Man star Andrew Garfield revealed that the second film in the trilogy, which will introduce Spider-Man to Mary Jane Watson and Electro, will begin filming in February 2013 with an eye toward its already-announced May 2014 release date.

After entering the talk show with a series of dance moves, the star settled in to discuss Spider-Man, Emma Stone, Denis Leary...and to do pirate impressions.