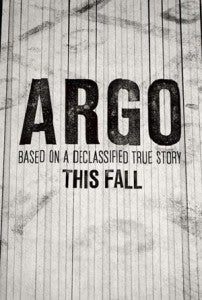 director Ben Affleck may not have scored a Best Director nomination for the Academy Awards this year, but it's looking more and more likely that he might take home Best Picture as a consolation.

Having already scored a number of major victories for the film, Affleck won Best Director for the film, the DGA's most prestigious award.

Since Affleck was not nominated for the Best Director Academy Award, the award will obviously not go to the same person who won last night's award. This will be only the seventh time the two awards haven't recognized the same filmmaker, according to Deadline.

Based on a true story, Argo details the joint efforts by the American intelligence community and Hollywood insiders to rescue a group of Americans trapped in Iran by pretending to be a film crew scouting locations. The concept art used to "sell" the story was done by legendary comic book artist Jack Kirby for an unrelated project, a film adaptation of the book Lord of Light which never happened.

The 100: SPOILERS Die in Series Finale "The Last War"