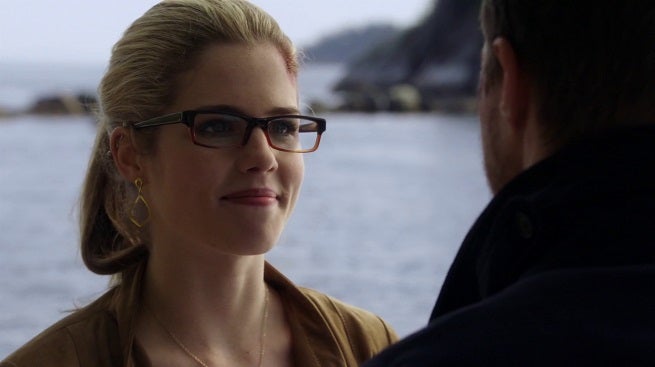 The CW have released a new clip (via The Hollywood Reporter) from next week's season premiere of Arrow, showing off...well, a lot of what we've seen in previous trailers.

Again, we see Felicity Smoak at her job at a Radio Shack or Best Buy-like retail store, providing computer services to the general public while working secretly with The Arrow on the side.

Of course, there's still some question of just how she got there, since in the Arrow Season 2.5 comics, she's depicted as working with Kord Industries...but we'll have to wait a week to see.

Arrow premieres Wednesday at 8 p.m. ET/PT on The CW.