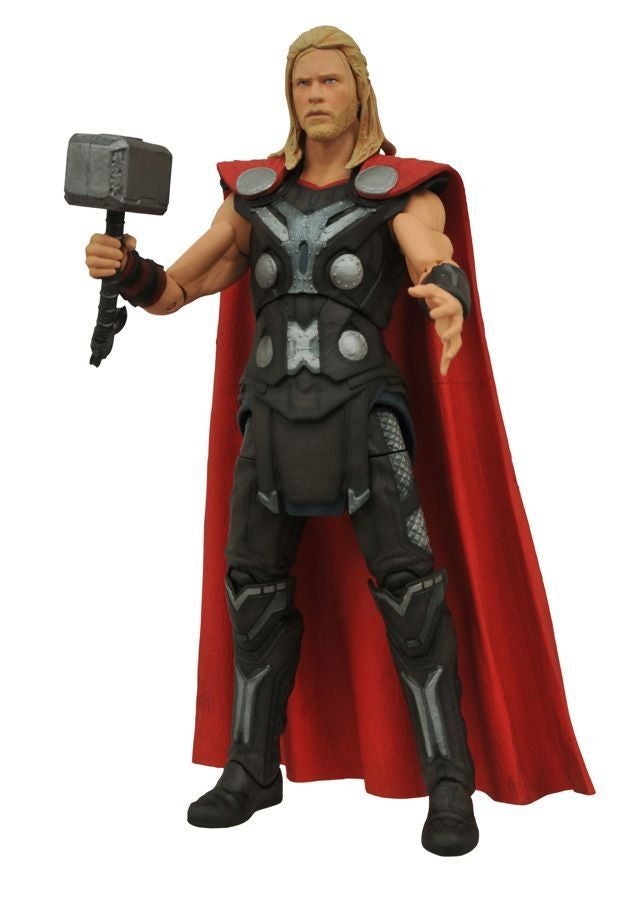 Sculpted by Gentle Giant, the action figure stands 8 inches tall and has 16 points of articulation. This Thor is actually the same as the one that Diamond Select released for Thor: The Dark World last year, but with a new paint scheme reflecting Thor’s wardrobe updates in Age of Ultron and a new base. So for those who purchased last year's model, just make sure the re-release's differences are significant enough for you.