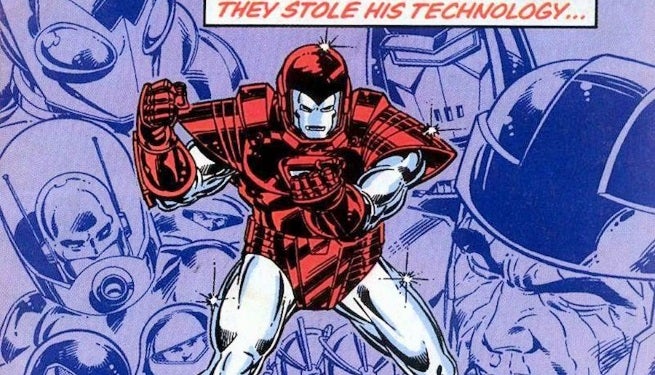 To get you up to speed and excited for the events, we’ve prepared a series of articles breaking down the events that were teased so that you’ll be ready to revisit them next summer. Today, we look at the Iron Man story:

What Was It? After Iron Man defeats the armored villain Force, Tony Stark decides to examine Force’s suit to pick up on any new technology. He’s shock to find that the technology being used is based on his propriety Iron man tech. Tony digs deeper and discovers that Spymaster bugged his old laboratory, stole his tech, and sold it just Justin Hammer. Hammer, in turn, sold it to several villains who use their own suits of armor, like The Controller, Crimson Dynamo, and Stilt-Man.

Tony suddenly feels all the guilt for the terrible acts committed by the villains. Thus, he begins the Armor Wars, a relentless crusade against the armored villains of the Marvel Universe, in an attempt to reclaim his stolen technology.

Was It Any Good? Writer David Michelinie and artist Bob Layton had what many consider to be the definitive run on Iron Man, and Armor Wars is one of the reasons why. Every great superhero has a theme behind theme that is bigger than the character themselves, and for Iron Man that has always been about being the conscience of the American military-industrial complex. Armor Wars plays with one of the most common fears associated with that establishment, the fear that the weapons they develop will one day fall into the wrong hands be used against us.

While the storyline is more commonly referred to as Armor Wars now, thanks to in-house advertising and the original trade dress, the story’s original title was “Stark Wars.” This title is more appropriate, as it is as much about Tony’s internal conflict as it is about his battle with the armored villains. Tony has to continually decide how many new sins he’s willing to commit in order to make up for sins past, as he escalates from battling criminals, to government agents, to The Captain, and eventually causing an international incident.

It’s an expertly crafted story, with wonderful pacing, that delivers both on the action-adventure level, and the character level. 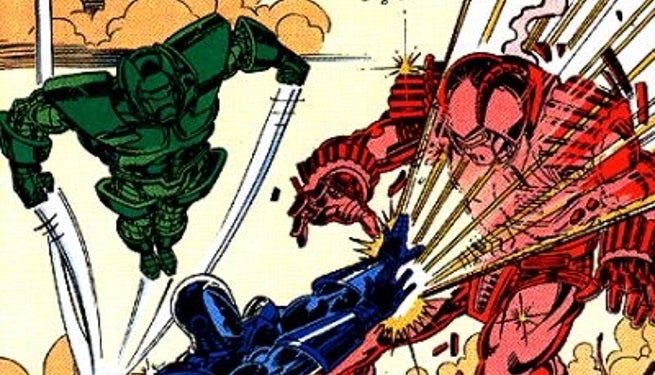 Significant Deaths: Iron Man travels to Russia in his new stealth armor to take down Crimson Dynamo and Titanium Man. While Dynamo goes down easily enough (while spouting off a cliché line about how he was one week from retirement, no less) Titanium Man gets the upper hand on Iron Man. Titanium Man has Iron Man in a bear hug, but neither of them notice that Iron Man’s jet boots are burning into Titanium Man’s suit, eventually setting it ablaze and burning it’s pilot, Gremlin, alive inside. The death is absolutely harrowing for Tony, and made him question whether or not he deserves to continue being Iron Man.

Lasting Consequences: If Armor Wars had a lasting effect, it was that it squared away the idea of Iron Man’s tech being stolen. By having Tony deal with it then, they were able to write in an extra precaution that would make it harder for readers to wonder why this kind of thing didn’t happen more often. Of course, the armored villains would all return eventually, they’d just have to find someone else to develop their wares.

There was also a sequel series, Armor Wars II, published in 1990. It was developed by a different creative team, and featured the return of Titanium Man. 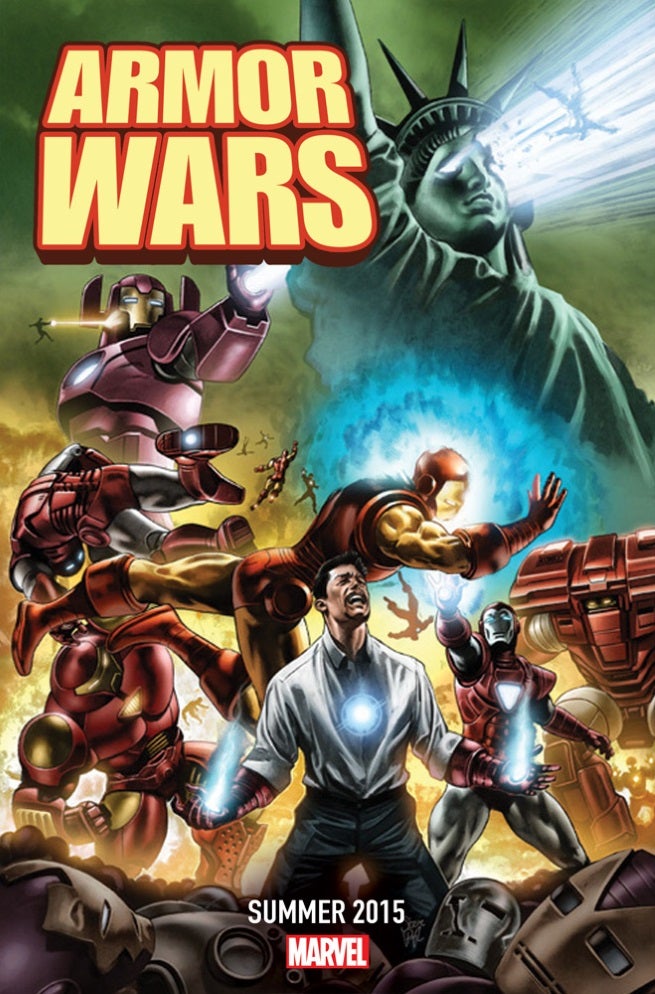 The Teaser: The teaser show a whole array of different Iron Man armors running amok, and Tony doesn’t seem too happy about it. If it had to guess, I’d say that Armor Wars #1 will deal with a world where Tony Stark never got control of his stolen technology problem, and the catastrophic results that came out of it.