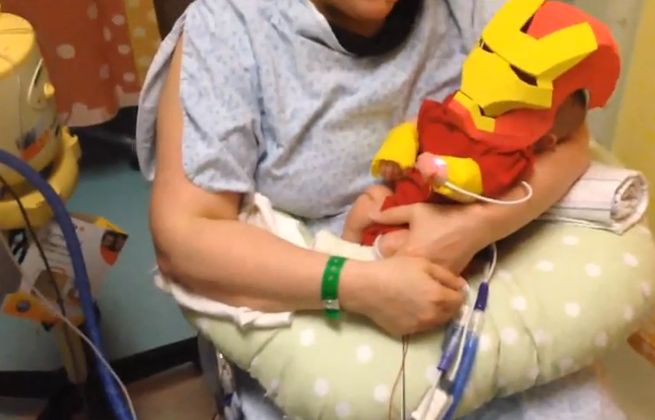 A video of a father making an Iron Man costume for his infant son has gone viral, accumulating hundreds of thousands of views on YouTube. According to Today, Eric Hart is a professional prop maker, and his son was born prematurely and has been hospitalized since birth in a neotanal intensive care unit.

In order to help his son feel brave, Hart created a baby Iron Man costume for his son to wear for his first Halloween. Hart used a paper pattern that he found online to create the Iron Man costume out of foam and fabric.

His infant son only wore the Iorn Man costume for a minute, but Hart hopes eventually for his son to be able to look back on the photos and see his parents gave him a normal life from the start by celebrating the holidays just like a regular family would.