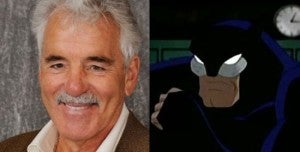 The actor Dennis Farina passed away today at 69 years old. According to TMZ, the cause of death was due to a blood clot in his lungs. Dennis Farrina was born in Chicago, Illinois on February 29, 1944.

Dennis Farina had a long and storied career as an actor. Before getting into acting he served three years in the armed forces and eighteen years as a Chicago police office. During his acting career, he played a number of roles usually involving being a mobster, police officer or a federal agent.

Dennis Farina was perhaps best known for playing Det. Joe Fontana on Law & Order, but he also had a voice role as a comic book superhero. In the animated Justice League series, Dennis Farina voiced the role of Ted Grant, better known as Wildcat.

Dennis Farina, The Voice Of Justice League's Wildcat, Passes Away