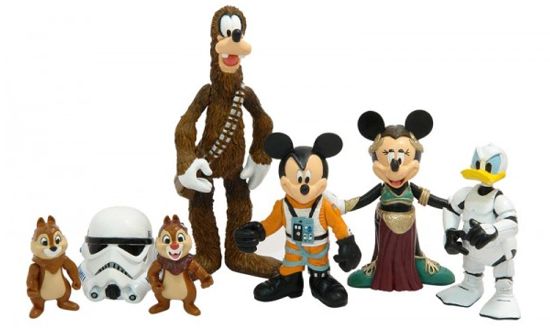 Ever since Disney bought Lucasfilm, the company has been integrating Star Wars into their consumer product line, but fans have only seen the tip of the iceberg so far. During the 41st Annual UBS Global Media and Communications Conference, Disney CFO Jay Rasulo suggested that there is a lot more coming on the consumer products side of the business.

"Disney consumer products [is] really taking advantage of I would say three things. Marvel, now fully integrated in the success of those movies. Soon to be Star Wars, although the acquisition of Lucasfilm has already had a big impact on Disney consumer products, you will see much more of that after the release of the Star Wars movie," said Rasulo.