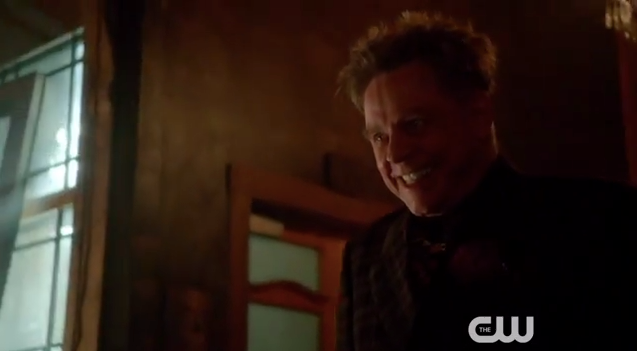 In a promotional video for tomorrow's episode of The Flash, The CW has released several new looks of Mark Hamill as The Trickster.

Hamill, who reprises the role he originally played in CBS' Flash series in the nineties, will play an older Trickster locked behind bars. But when a young impersonator starts committing crimes under the Trickster moniker, The Flash and Central City PD must consult the convict for help against this new anarchist.

Check out the video below, which shows that even more than twenty years later, Hamill hasn't lost his touch. Flash executive producer Andrew Kreisberg also discusses Hamill's introduction into the DC television universe, and how the episode is one of his favorites thus far.