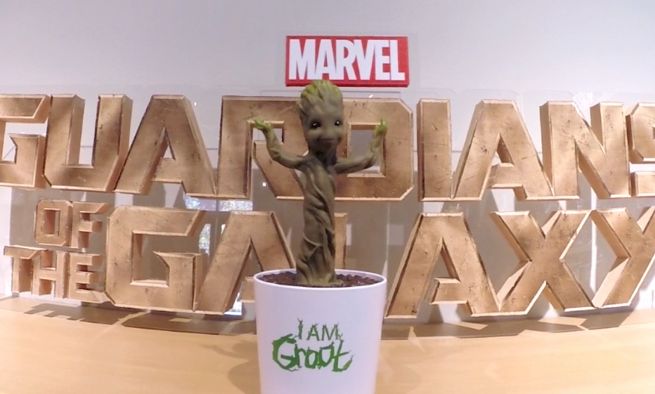 An officially-licensed Dancing Baby Groot, complete with a built-in speaker that plays "I Want You Back" by the Jackson 5, will be on store shelves this December, Mashable reports.

Within hours of the release of Guardians of the Galaxy, fans began speculating when such a product would become available. Since then, a number of companies have been involved in the bidding but ultimately Marvel Entertainment and KIDdesigns came to a deal to manufacture one that will cost about $14.99.

Funko is also releasing a "dancing" Baby Groot Bobblehead, which is really just a bobblehead, but it was announced shortly after the film's release to capitalize on the excitement fans had for the concept. Fans have been making bootleg versions of the product -- usually ones that don't dance, as you would expect -- since the day after the film hit theaters.