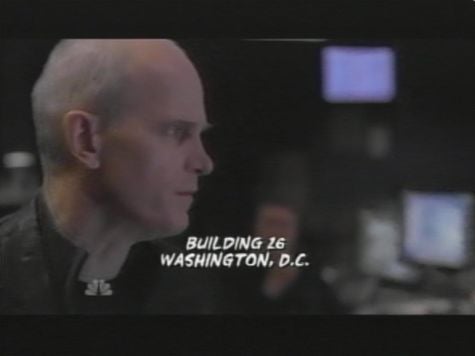 I realize that every episode of a television show can't be top notch and riveting. Some episodes are set ups, so they're a bit less intense. However, not every episode has to be, well, the same. And that's what Heroes has become. Even with all of the writer changes, the show is stuck in neutral. Take tonight's episode, Building 26, for example. There are a handful of things you'll find in it that are in EVERY episode these days. Hiro and Ando argue over who should be the Hero. Claire and HRG argue over her safety. HRG swears that he's looking out for Claire. They hug. He tells her that he loves her. Sylar whines. And whines. And whines. 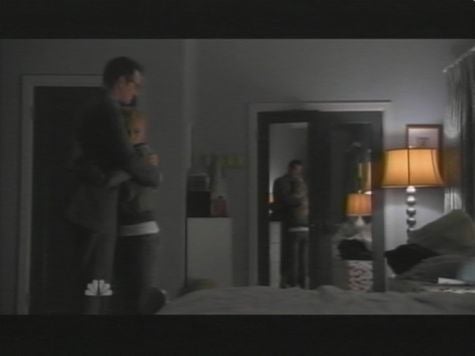 Here's another (although this doesn't occur every episode because the character is pretty infrequent: Claire's mother is the most clueless person in the world. It's so unbelievable that it's insulting. Anyway, a quick recap of the episode. The show opens with Claire and HRG upset with each other at dinner(shocker). Claire gets a text from 'REBEL', who appears to truly be an ally of hers. The text message tells her to warn a target. This brings me to a question: Who is identifying these targets to the Government? HRG? Nathan? Someone else? And how does REBEL know who the targets are? After dinner, HRG and Claire get into an argument, where he tells her that she's starting community college next week. When HRG leaves, Claire gets another text from REBEL, which identifies the target: Alex from Sam's Comic Book Shop. Meanwhile, The Hunter is briefing his agents about the list of targets. Nathan Petrelli enters and tells everyone that he's requested double funding from the White House. On the road, Sylar is annoyed by Luke. Luke keeps trying to be friends, and Sylar wants no part of it. While driving, a camera planted next to a highway detects Sylar's face. The Hunter knows Sylar's location. 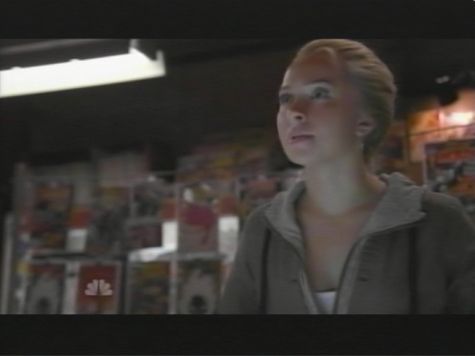 Claire decides to help REBEL and warn Alex. Only Alex doesn't believe her. That is, until she cuts herself in front of him and heals automatically. Just then, HRG comes in the comic book shop. Claire convinces Alex to leave, but before he can, HRG runs into him. HRG pretends he's there about Alex's parking tickets, and Alex turns over a rack of comics and takes off. He meets up with Claire at his car and they take off. 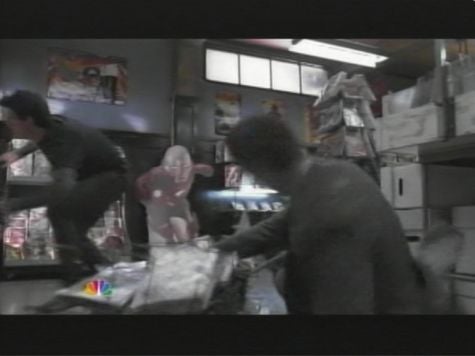 In India, Hiro and Ando follow Parkman's drawing (from last week). Hiro thinks that he's there to save a woman from getting married, and by doing so, he'll get his powers back. Only Ando sees the woman first and convinces her to call off the wedding. Back at the agency, Nathan meets his new boss, Abby Collins. She's there to check out the operations and see if everything is on the up and up. Collins doesn't believe that the project is legitmate, and she's looking for trouble. Nathan lets it slip that he's holding a prisoner, and Collins insists on seeing her immediately. Outside a diner, Luke tells Sylar about how Sylar's dad used to pull Luke around in an old red wagon. Sylar has a similar memory with his father. Luke then tells Sylar that Sylar's father sold the boy for money. Apparently, evil runs in Sylar's family. Like father, like son. Cutting back to the agency, Nathan shows Collins the prisoner (Traci Strauss), who is chained to a chair, with hot lights all around her. Collins knows Strauss, and she loses it. Collins tells Nathan that she's shutting the operation down, and that he'll be indicted on human rights charges. Claire and Alex pull the car off the road to talk, and Claire notices that they're being followed. The pair get out of the car, then hide. Right after, agents swarm Alex's car. Back in India at a restaurant, Hiro is pouting that Ando ruined his chance to break up the wedding. They bicker at each other like an old couple. The Indian woman's fiancee (Deepak) comes in, and he isn't happy. Deepak approaches his fiancee and argues with her. Ando intervenes, but Deepak hits Ando with a pot from the kitchen and kidnaps him. 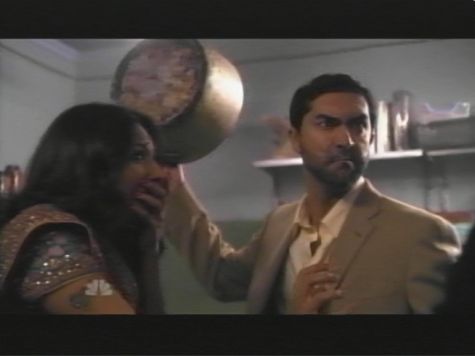 At the agency, The Hunter tells HRG that Claire's car was found near the comic book shop. HRG knows that Claire was in on the escape. In the diner, Sylar tells Luke that he should always keep his powers and emotions under control. That he should know his objective before he makes a move. On cue, a pair of agents enter the diner. Sylar and Luke attempt to escape, but armored agents shoot at them. Sylar fires back with his powers, then blows out the front window of the diner. He and Luke jump out into the parking lot. Sylar gets in the car, but he locks Luke out. The agents stun Luke, and Sylar gets away. 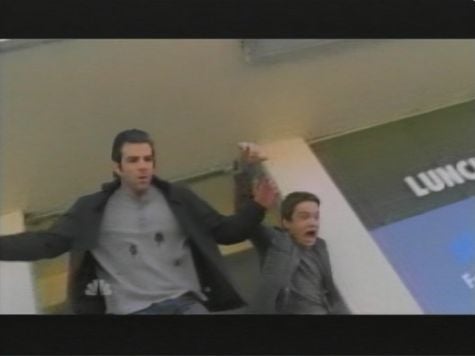 Back in India, Hiro then interrupts the now on-again wedding ceremony and demands his friend back. Deepak gets angry, and Hiro punches him in the mouth. Deepak calls off the wedding. Hiro realizes that Parkman's drawing has come true, and that he's learned how to be a hero without powers. Claire and HRG get into another argument, and HRG tells her that he's protecting her. At the agency, Collins is back to shut down the operations. Nathan wants five minutes to talk her out of it. An alarm goes off; Traci Strauss has broken out of her cell. She takes an agent hostage, then freezes the man, his body shattering into pieces. Collins tells Nathan he'll get all the funding he'll need. 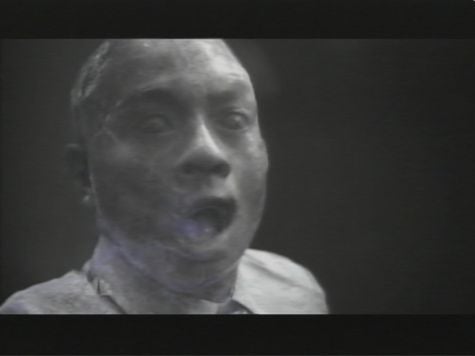 Claire, at home, decides she can't lie to her clueless mother anymore. She tells her mom that HRG isn't a consultant, that he's abducting innocent people again. HRG comes home, and the mom kicks him out. Nathan learns that someone loosened the chains and unlocked the cell door on Traci Strauss. He finds out The Hunter did it to save their jobs. Back at the diner, the agents put Luke into a van and begin to leave the scene. Some major rustling occurs inside the van, and Sylar opens the back doors from the inside. He walks away with a computer and Luke. The final scene has HRG drinking at a hotel bar. He throws down a couple of drinks, gets dizzy and falls to the floor. We see Parkman, Peter and Suresh come into the picture. They take HRG away. 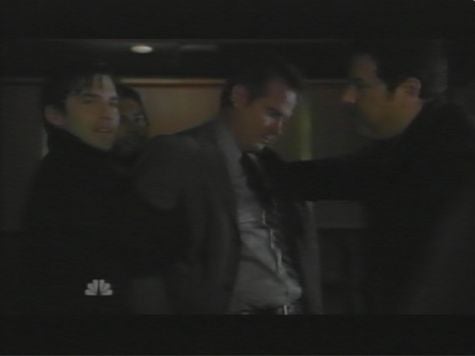 All in all, BORING. Same scenes, different episodes. Next week looks good, as it's promises to give us deeper insight into HRG. That probably means we'll have double the Claire/HRG fights, then make up hugs.