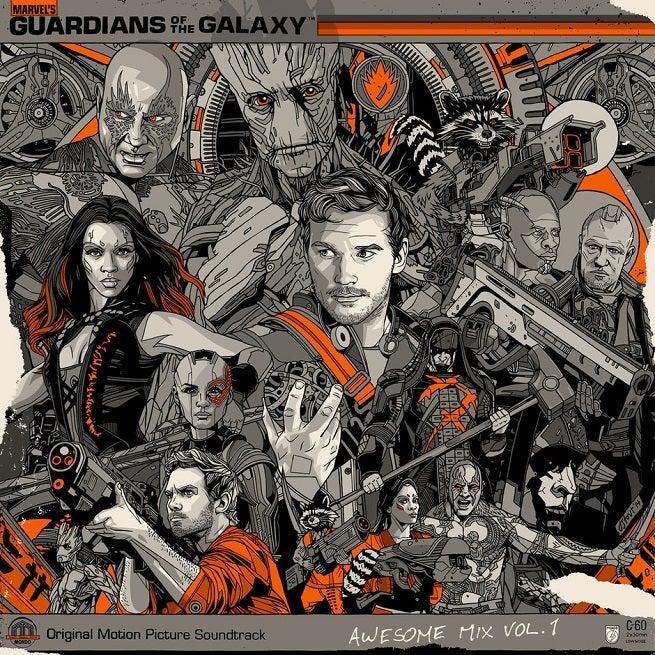 In addition to being released as one of a number of Mondo posters for the film, a cropped version of the Stout image was also attached to a limited-edition run of the Guardians of the Galaxy Awesome Mix Vol. 1, seen at top.

While we can't find any specific mention of a metal version of this particular poster being available from Mondo, they did offer a metal Man of Steel poster during that film's opening weekend. It was limited to 130 copies and could have cost you $300 to get during the one-day availability. A commenter in Gunn's Facebook thread seems to imply that this one was available in a limited edition of 30 copies in metal form.

Gunn is currently working on a script for Guardians of the Galaxy 2, due out in May 2017.