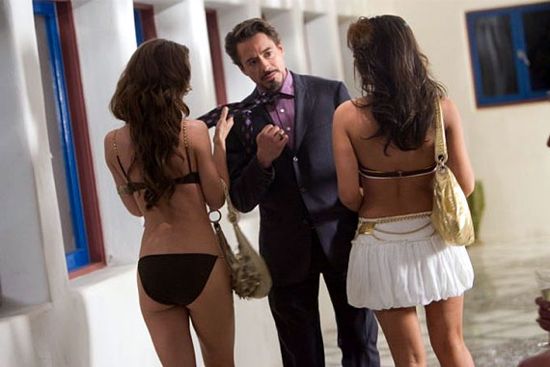 Last month, the casting agency for Caged put out a call for females ages 20-30 years.  All ethnic backgrounds were needed, including Middle Eastern, Asian, East Indian, African American, and Vietnamese. One big requirement is that all the females needed to be comfortable being scantily clad.

Keeping with the limited clothing theme, there was also a casting notice for an African American beauty queen type, who was in good shape and comfortable in a swimsuit. Not a big surprise with these casting calls as Tony Stark is known to be a ladies man. It also fits with what we’ve seen in Iron Man movies in the past, and the overall international theme that has been rumored in relation to the script.

What is a little more surprising is that yesterday, Iron Man 3 put out a casting call for “small Southern town America types, also need a few truckers…as well as good ole country boy types.” Even though Iron Man 3 is filming in Wilmington, North Carolina, most rumors from the set have suggested the majority of the scenes are set in cities like Miami, Boston, and Hollywood. Even more bizarre is another casting notice that says the film is “seeking Laurel and Hardy types.” Could it be that Iron Man 3 is mixing a little country humor into an international thriller?