For a while there, it seemed like every time we turned around, another villain was joining the cast of Iron Man 3. It should be an interesting thing they're trying, since typically more villains piled onto a superhero movie don't inherently make it a better movie--quite the opposite, in fact--but the third Iron Man film, the first under a new director, is actually widely expected to be pretty good. Certainly following the amazing success of The Avengers, it will be expected to blow people away.

At any rate, since the steady stream of villain-casting rumors seems to finally have run dry, it seemed as good a time as any to run down the badguys you can expect to see in Iron Man 3. So, gather 'round--you won't know which armored, homicidal maniac is which without a program! 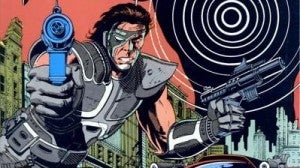 One of two literal armored, homicidal maniacs that seems to have been added to this film, James Badge Dale will play Eric Savin, who ends up as the villain Coldblood-7 after agreeing to participate in a government super-soldier program (which, in this case, may or may not play into the same super-soldier program underwritten by S.H.I.E.L.D. that gave us Captain America and The Incredible Hulk).

Originally a kind of kill-happy hero for hire, Coldblood has made a turn for the somewhat more openly evil since the events of Civil War and has been openly identified as an antagonist in this movie. 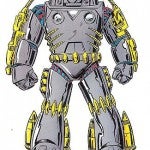 The other metallic maniac terrorizing Tony Stark in the upcoming movie, Firepower in the comics looks like a weird mix of Iron Man's original Mark I armor and the Anti-Monitor from Crisis on Infinite Earths. There was a bit of speculation as to whether Coldblood or Firepower would be in the "Iron Patriot" suit once worn in the comics by Norman Osborn after the armor was spotted on set--but that turned out just to be a new suit for Don Cheadle's Rhodey to wear.

Created by a business rival of Iron Man's, this is as much a rival to Tony Stark as it is to Iron Man, created to serve the same function as Iron Man's but to make it more widely available to the U.S. military (which they wanted in Iron Man 2) and of course anyone else who could afford it (which is what Tony was worried about when he told the military no). Given the white-collar nature of a lot of the criminals here, but the total lack of accountability and no fear of getting blood on their hands, Firepower is  a logical enough choice to join the ensemble. 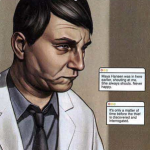 More an opportunist than an actual villain, Aldrich Killian both invented the Extremis serum (which altered the nature of Tony Stark's powers and which will reportedly play a major role in Iron Man 3), but also for selling it off to terrorist groups who happened to be the highest bidder (see below), before killing himself.

Killian didn't really play a major on-panel role in the comics, but is expected to play a larger one in the film, since he's being played by Guy Pearce, the fan-favorite actor who just came off a similar turn as an amoral mastermind in Prometheus.

One of the Marvel Universe's most prevalent terrorist organizations, Advanced Idea Mechanics is one of the few plot points that's totally provable, with unofficial set photos form North Carolina getting pretty tight in on the sign for A.I.M. a few times.

It seems likely that, rather than being an evil, Cobra-like terrorist organization that conducts its dirty deeds out in the open, it's more likely to be a corporation that appears legitimate on the surface but is corrupt and destructive underneath. Not entirely unlike... 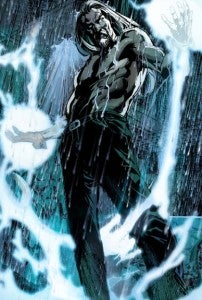 Iron Man's archenemy in the comics, The Mandarin is still rumored in the film...but almost everyone seems convinced that's who Ben Kingsley is going to be playing, and it would fit comments made by the filmmakers. Marvel and director Shane Black have said the third film will tie back in with the first Iron Man, and The Mandarin was (in the comics) the ultimate head of the organization that oversaw the terrorists who abducted Tony Stark during his origin story.

He's got rings on each finger which grant him powers, as well as being a gifted martial artist and athlete. In addition to the many times he's taken on Stark by himself, The Mandarin recently assembled a team of villains to go after Iron Man during the Stark Resilient story. The fact that Kingsley has denied being The Mandarin but has been talked about as a malevolent, behind-the-scenes power broker seems to support the idea of a villain who would rather recruit a bunch of armored maniacs to his cause than face off with Iron Man personally.