The Dark Knight Rises is surely going to be an epic movie, but there is one thing that has me a little concerned. No, it’s not that Batman is in the 1% or that Robin the Boy Wonder might show up and ruin the movie or even that some can’t understand Bane. The problem is that in his appearances so far in the trailers Batman has come across as just a little bit of a...well…a wuss.

In the first trailer, when Commissioner Gordon gasps from his hospital bed that the Batman has to come back, Bruce Wayne whines, “What if he doesn’t exist anymore?” His best buddy is possible drawing his last breath and Brucie Baby is philosophizing over if the Batman exists anymore. Bruce, you are the Batman, go get the damn costume already. 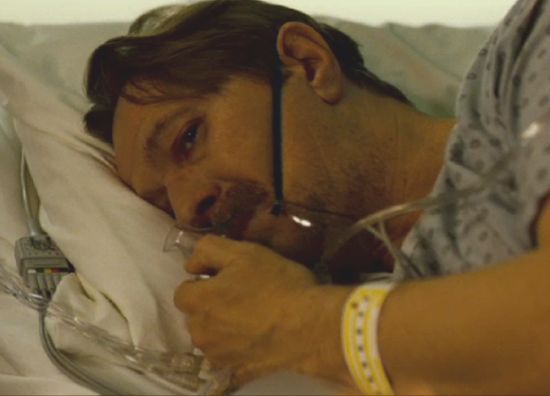 Then later in the first trailer, when Bane comes at the Batman, what does Batman do? He backs away. Yes, he backs away like a frightened little girl. There is no reverse on the Batman. If you’re Batman, you don’t ever back away from Bane, you punch Bane right in the face. You hit him so hard that people won’t ever be able to understand what he says again.

In the second trailer, the wussification of the Dark Knight continues. While Alfred is waxing away about how precious Bruce is, the scene flashes to a close-up of Bruce’s face. What’s with the expression on Bruce’s face? Are you the Batman or a little boy who just lost his puppy? For the love of God, don’t tell me the Batman’s about to cry. And what’s with Alfred having to protect you? You’re the freaking Batman, you don’t need to be protected by a stinking butler. Wipe that dazed look off your face, and go kick the butler’s ass for having the nerve to think that you need protecting.

And if Batman’s expression wasn’t bad enough when the butler was talking to him, what was up with his reaction to being called out as being part of the 1% by Catwoman? Poor Bruce looks like he’s shocked, mystified, and horrified. He even backs away (again with the backing up). Did Bruce just realize he’s rich? Damn right, he’s rich, he’s a billionaire playboy and proud of it. The real Bat wouldn’t let the Cat push him around. He would take her up to the roof and make sweet, sweet love to her, right before taking his mama’s pearl necklace back and tossing her butt in jail.

And if backing away from Bane was bad in the first trailer, it’s nothing compared to how Batman lets Bane talk to him in the second trailer. All bruised and bloody Bruce Wayne just lies there while Bane tells him, “When Gotham is ashes, you have my permission to die.” Bane’s permission? Since when did the Batman need anybody’s permission for anything?

And last but not least, what’s with the walking cane? Did Batman hurt his wittle leg? I don’t care if your damn back is broken, you’re the Batman, you don’t hobble around on a cane like an eighty year old man.

Hopefully, Batman turns out to be a little more manly in the actual movie than he’s been in the trailers so far.

Is Batman A Wuss In The Dark Knight Rises?