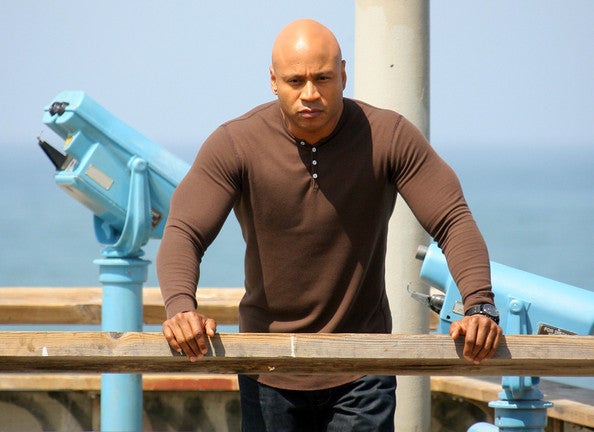 The actor and hip-hop artist certainly wants us to think so. Cool J just took to Twitter to tease his possible involvement in a Marvel Studios feature, writing "I'm so ready for this role in Marvel movie."

I'm so ready for this role in Marvel movie.

So, how do we take this? It's strange that Marvel would pull out all of the announcement stops on Phase 3 yesterday and not throw in Cool J's name. It's possible that negotiations between Cool J and the studio's have not finalized yet, but yesterday's annoucements made silence unbearable for the rapper. Or, maybe Cool J is just a big a fan of Marvel as the rest of us, and this his way of asking the studio for a part.

If Cool J does indeed have a spot a Marvel, where would it be? With Captain America: Civil War creating the opportunity to introduce dozens of other, minor heroes to rally for or against the registration act, perhaps Cool J will take on a B-list character to support Captain America or Iron Man's warring sides. Goliath was a major part of "Civil War" (but only because he died), so maybe that's where he's heading.

But with Phase 3 exploring so many new avenues of the Marvel Universe, Cool J could just as likely end up anywhere else. Ant-Man is right around the corner, making Cool J's involvement a last-minute surprise. Then again, maybe he'll play an other- worldly creature in Dr. Strange or Guardians of the Galaxy 2. Or, perhaps he'll find home in Wakanda as a supporting star in Black Panther. It goes without saying that it's all a guessing for the moment. Right now, the possibilities (for us, at least) seem endless.