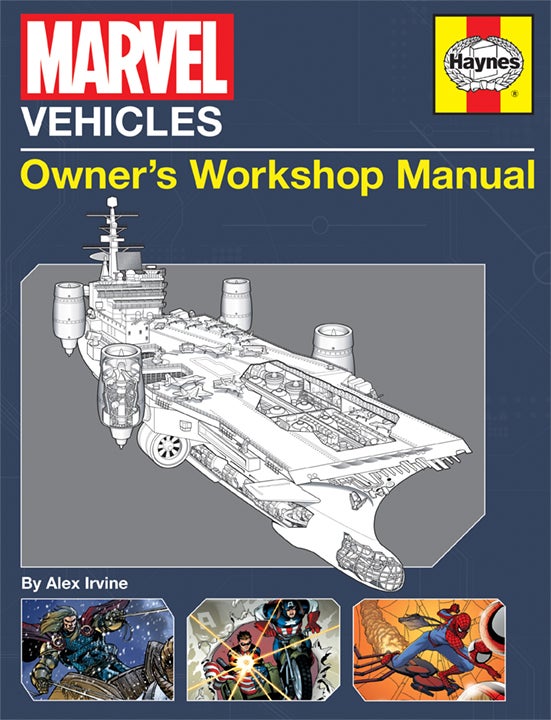 Insight Editions has provided ComicBook.com with a preview of their upcoming book the Marvel Vehicles: Owner’s Workshop Manual, including an exclusive excerpt of the entry for the Quinjet.

The Marvel Vehicles: Owner’s Workshop Manual gives fans a detailed looking at the history and inner workings of Mavel’s most iconic vehicles, from the Avengers’ Quinjet, to the S.H.I.E.L.D. Helicarrier, to the X-Men’s Blackbird and more.

Check out the exclusive excerpt from the Quinjet below, and then check the gallery below to see pages of the book featuring the Spider-Mobile, Goblin Glider, the Guardians of the Galaxy’s Ship, and the S.H.I.E.L.D. flying car. 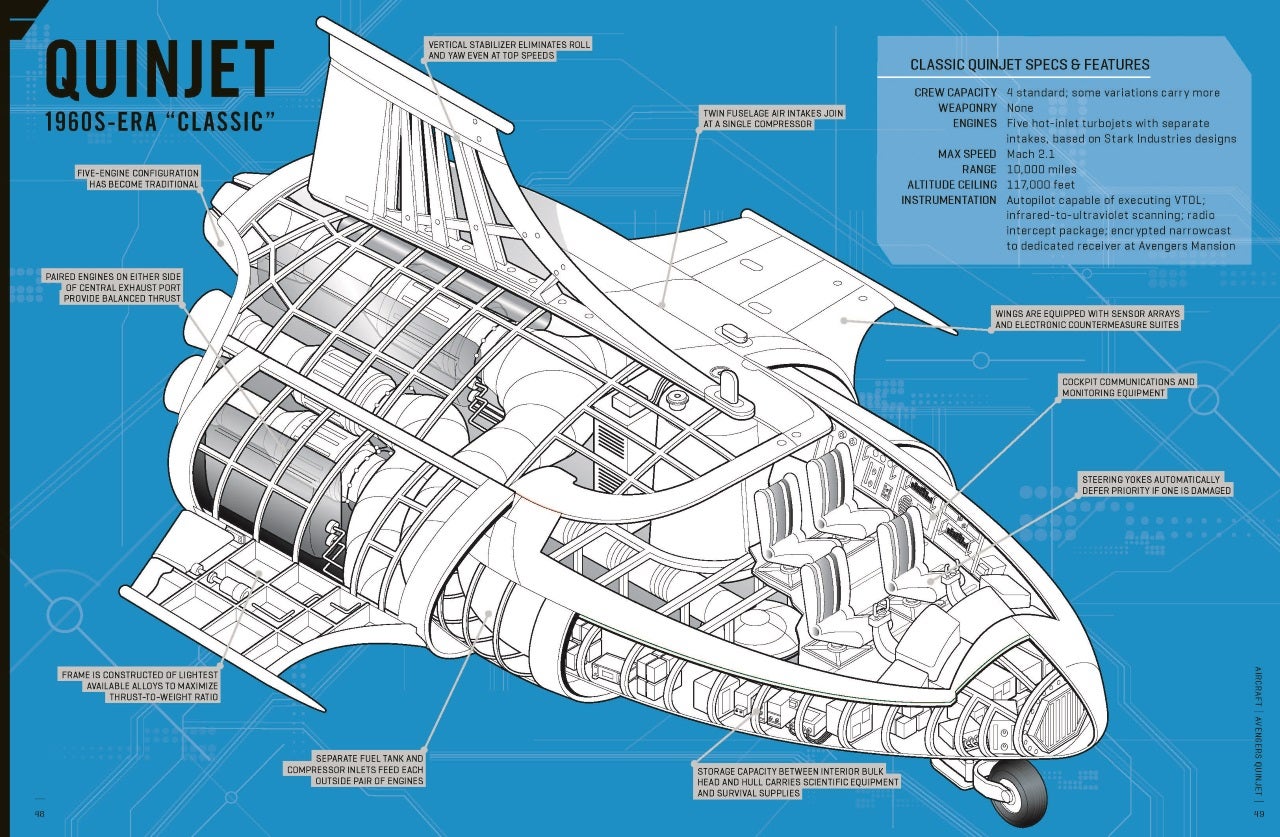 Created by Wakanda Design Group, with Black Panther leading the design team, the Quinjet has been the Avengers’ preferred method of small-group transportation for decades. The original Quinjets could carry seven people and reach a speed of Mach 2.1, propelled by two banks of dual turbojet engines, with a fifth engine primarily used for directional thrust and VTOL capability via a forward-facing thrust deflector. The Quinjet’s climbing speed of 7,900 feet per minute and operational range of 9,500 miles quickly made it indispensable to the Avengers’ expansive mission needs. Later models would incorporate advanced repulsor-based thrusters, positioned along the sides and bottom of the fuselage, to achieve more efficient VTOL performance, but the five-engine design quickly became the favored configuration and has rarely been altered.

This Quinjet got a little too close to a titanic battle in the Savage Land.

Although fast and reliable, Quinjets are lightly armored and unarmed. Their service lives are often very short, a precedent established on Black Panther’s shakedown flight of the very first model.

Despite their lack of armament, Quinjets are not without defensive measures. Each is equipped with electronic countermeasures, including signal jamming and anti-targeting systems. Onboard instrumentation includes cameras, multispectral surveillance arrays, and phased array radar designed to bypass stealth technologies.

The Quinjet’s nimble controls and small size make it a difficult target. The craft’s lack of weaponry is a deliberate choice on the part of Wakanda Design Group and the Avengers, reflecting a desire to avoid a militaristic public image. 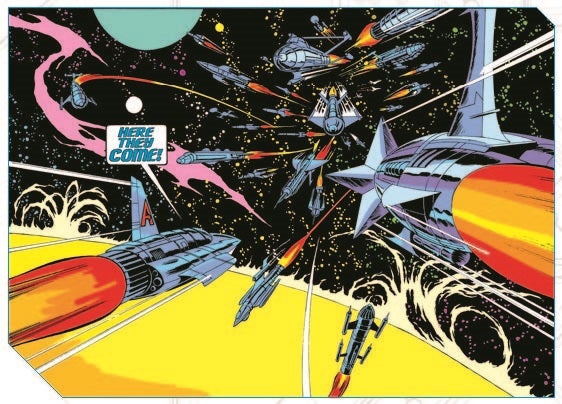 The first generation of a spacelight-capable Quinjets were designed with heavier hulls and increased thruster power to achieve escape velocity and survive the rigors of atmospheric reentry.

Wakanda Design Group has continued to refine the Quinjet design, and so has Tony Stark. From the beginning, Quinjets were designed for high-altitude capability. Early models had flight ceilings of 130,000 feet, well into Earth’s stratosphere. With afterburners, this could be extended briefly as high as 220,000 feet, midway through the mesosphere. Cabin insulation protects passengers and crew from temperatures as high as 130 degrees Fahrenheit. Specialized larger versions, with upgraded life-support systems and engines designed to perform in complete vacuum, have been created for space travel and used as rapid small-group transports for near-Earth missions, as in one battle against an interstellar alien alliance controlled by Thanos.

The smaller wing area reflects the lack of lift available in space, although the wings are still large enough to stabilize the craft in atmospheric flight. Space-capable Quinjets also carry deep space survival gear customized to the individual needs of each team member.