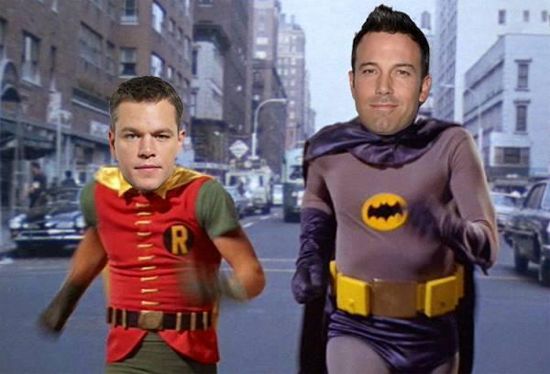 During an “Ask Me Anything” session on Reddit, Matt Damon joked a little bit about not getting to play the role of Robin in 2016’s Batman vs. Superman, starring his friend and writing partner Ben Affleck as Batman.

A fan asked what the one role Damon had tried out for and didn’t get that he was really disappointed about. Another fan jokingly chimed in that it was Robin in Batman vs. Superman. Damon responded:

You are correct. After I didn't get the part, it was really awkward between Ben and I for a while. But I've still got the costume I wore in the audition and am planning on wearing it when Ben and I meet the winners of our fundraiser.

In regards to the fundraiser that Damon references, Ben Affleck and Matt Damon are doing a fundraiser on Omaze that offers the chance for one winner and a guest to hang out in Hollywood with the pair. The fundraiser is to benefit Eastern Congo Initiative and Water.org.

Matt Damon Jokes About Not Getting Robin Role In Batman Vs. Superman