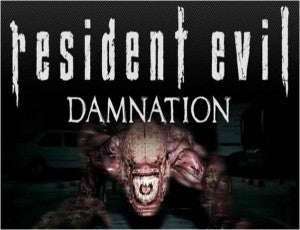 As I stated before in my review for Retribution, I am not a fan of Leon S. Kennedy, the protagonist for the games Resident Evil 2  and 4.  In the second game, he was too whiny and not very interesting.  In the fourth, I felt they tried too hard to distance him from his previous incarnation and made him a one-note action hero.  So when Degeneration came out, I wasn’t overly thrilled to see him once again being the star.  On the plus side, there was Claire Redfield so it wasn’t all bad.  But I seem to be in the minority for this as many a fan seem to love this character and it’s because of this that he is once again the leading man in the new film.

Don’t get me wrong, I didn’t let my distaste of the main character effect my enjoyment of the film. It was the film itself that made me not particularly enjoy it.

The film takes place in a small, European country that is in the midst of a civil war.  We have the rebels fighting for independence and the female President and her company trying to control.  But it wouldn’t be a Resident Evil film without these extremely stupid people deciding to use B.O.W. (Bio-Organic Weapons) to defeat their enemies.   The franchise has a large array of different creatures at its disposal, some extremely horrific and monstrous and some just downright absurd.  Luckily here, they’ve decided to limit the number of creatures down to the bare minimum.  The first we are introduced to are the famous Lickers, creatures that first made their appearance in Resident Evil 2 and didn’t pop back up in the games until Resident Evil 5.  But to add a new twist to an old friend, we find out that these Lickers are somehow being controlled.

Insert rebel group here.  Using the Las Plagas parasite (introduced in Resident Evil 4), they have managed to use the Master Plaga to control the lesser Plagas they have injected inside the Licker B.O.Ws.  But things start going out of control when the Las Plagas begin to infect everyone and everything.

Unfortunately, we’re forced on this storyline for the better part of the film.  We’re forced to follow Leon as he breaks free of capacity and becomes “friends” with one of the most annoying characters in the film, JD.  He is the cliché younger, foreign character that hates America but loves everything that comes from it.  He’s loud, and annoying, and speaks in annoying phrases.  I mean, who really uses “they’re the bomb” anymore?  And next to the cliché is the typical rebel, Buddy, who completely distrusts and hates Leon and will do anything in his power to defeat the President even if it means abandoning common sense.

But like in the past film, a woman comes to save me from my despair and this time, it is in the form of the one Ada Wong.

I’ve spoken in the past about Ada’s ambiguity and who it is she exactly works for and the questions don’t get answered here.  She appears as a representative of BSAA, a group designed to help counter the use of B.O.W.s  in war.  Of course, we all know that’s not the case and it is later revealed, of course, that she is there to collect something and that “something” is being held by the President Svetlana.  This leads us to the first, and probably best, parts of the film.  These two have a full on fight that rivals the likes of the live-action Resident Evil films.  With this simple fight scene, it reinforces the fact that the women characters seem a whole lot more interesting than the men (except Sheva from Resident Evil 5).

After Ada loses and escapes after they capture her, she bumps into Leon who has made his way to the lover basement of the President’s estate where they find the “hive”.  A large area that holds cultured Plaga, apparently much different than the ones born in a cave or within the already mutated Granados.  Upon the reveal of this, they are set upon by the President and her men.  From here it becomes an affair of Leon versus the President’s men with the aid of Buddy and his newly found Plaga and Licker army.  Despite a few highlights in this sequence, it is near the end of the film that things truly become interesting with the reveal of a very familiar monster that was simply known as Mr. X in Resident Evil 2.

From their it’s basically a large fight until the monsters are killed, the President is found out to be a fraud, and a semblance of peace is achieved.  The only question left is who exactly did Ada sell one of the cultivated Plaga and what, again, is her master plan.

The plot to the movie was far from original and nothing we haven’t seen before form this franchise; the “fight” scenes were only slightly underwhelming except for a few moments of splendor, and the cheesy one liners you could make a drinking game out of though, in respect of the franchise, we’ve all come to expect and love.

Despite this, the movie is good to look at.  Though nowhere near as beautifully rendered as Final Fantasy VII:  Advent Children Complete, the movie is leaps beyond its predecessor.  There are a few moments when the models of the characters tend to move a little strangely and blocky, but those are far and few between.  And like most CGI movies, there are times where the smoothness and shine of the environment ruins the illusion of realness.    Unknown through this though is how these events, if at all, will play into the upcoming game.  And speaking of which, if you watch the end credits, you see various clips from the upcoming game; something that I was heavily pleased with as I will be playing it in a week.

Overall, if you are a Resident Evil fan, I recommend going ahead and watching it.  Though not the greatest film ever made, it’s still enjoyable to watch if only to see the Easter eggs scattered throughout and seeing some of your favorite monsters fully rendered in CGI.  And if you are going to buy and watch it, I suggest getting it on Blu-Ray if only to fully appreciate beauty of the film.