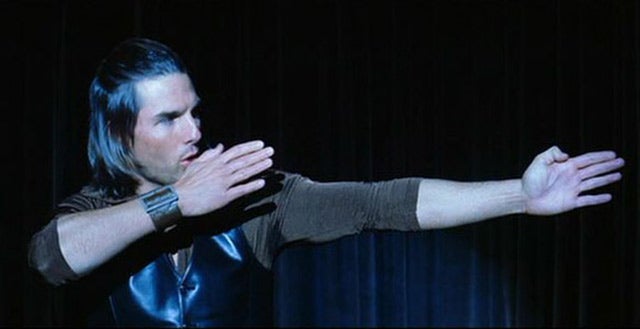 Mission: Impossible franchise star Tom Cruise may have a cameo appearance in Star Wars Episode VII, according to The Sun.

The British tabloid claims that Cruise, who is currently in the U.K., has already met with Star Wars helmer J.J. Abrams, who directed Cruise in Mission: Impossible III.

"Tom has been in London for over a week and met up with JJ and some other people from Star Wars at the weekend," The Sun's source is quoted as saying. "On Saturday evening five of them met up for dinner and drinks at the Belgravia Hotel. JJ produced M:I5 and loves working with Tom whenever he gets the chance."

The source further claimed that Harrison Ford's on-set injury "is going to set things back a little scheduling wise and there's some time to play around with."

There was no indication that setting back the scheduling would impact the fim's planned December 2015 release date, although since it was revealed that Ford broke his leg on set, there has been speculation to that effect.

Ford has been spotted out in public in a wheelchair this week, with a cast on his lower leg.