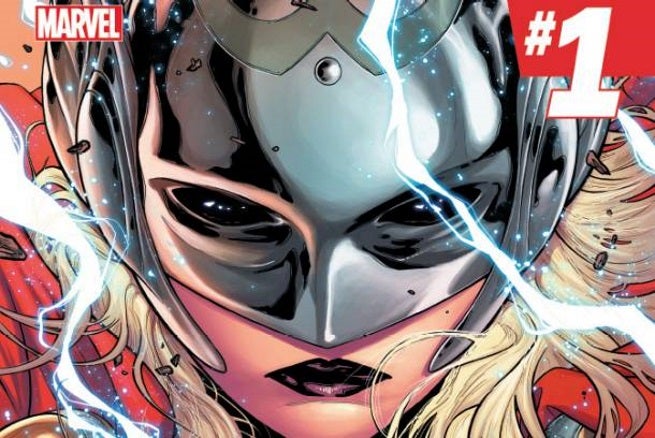 On this weekend’s Saturday Night Live, the recent launch of the female Thor comic book was briefly discussed. During a weekend update segment, Michael Chee said, “This week, Marvel Comics debuted its latest character, a female version of Thor, prompting a lot of controversy among comic book fans. And here to comment is the feminist music duo Garage and Her.”

Garage and Her revealed they had just finished their biggest tour ever, which was “one night, magical, and poorly attended.”

Garage and Her sang a song about all the various things and people that were really women, which included the wind, clouds, San Diego, Jesus, Walt Disney, and Bill Maher.