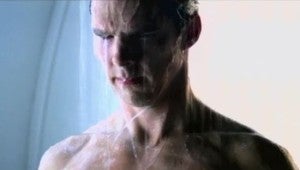 is available on UltraViolet today, three weeks ahead of its official DVD and Blu-ray release in September.

Recently voted the worst Star Trek movie of all time at a Trek convention, the film garnered mostly positive reviews and is the highest-grossing Star Trek film of all time. So it's ripe for both the Honest Trailers and How It Should Have Ended Internet comedy groups.

And--in the video embedded below--it gets both

Here's how they say it: "For fans of Star Trek, Star Trek Into Darkness was one of the summer's biggest let downs. We boldly go and revisit the action-packed tale of lens flare, over-recycled Trek canon, and frozen torpedo body nonsense."