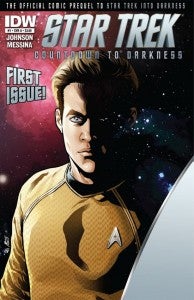 Star Trek Countdown To Darkness #1 is actually quite good, and it looks like it is really going to be a must read for anyone planning to go see the movie. There is quite a bit of set-up that can already be seen coming into play for the movie in the first issue.

For instance, Mr. Spock makes a big point of the importance of the Prime Directive, which is something that was also brought up during the nine minute prequel to Star Trek Into Darkness that was shown in Imax theaters in front of The Hobbit.

However, the big potential spoiler is shown at the very end of the comic, when a character named Robert April is introduced. All Robert April reveals in the comic is that he was a former captain of a ship called the Enterprise. However, Robert April previously appeared in Star Trek: The Animated series, as well as the Star Trek novels Final Frontier and Best Destiny.

"The Counterclock Incident" episode of the  Star Trek: The Animated series that Robert April appeared in involved the Star Trek crew aging backwards. Here's a short video of part of the episode that shows Robert April.

While it's possible that Robert April might be Benedict Cumberbatch's character, it would seem like a huge spoiler to give away in the first issue of the comic. In Star Trek: The Animated series, Robert April appears to be a good guy, and it's unclear in the Star Trek Countdown to Darkness comic if he is a good guy or bad guy. However, it's obvious that Robert April is being introduced for a reason, and his story will likely play a major role in the movie. 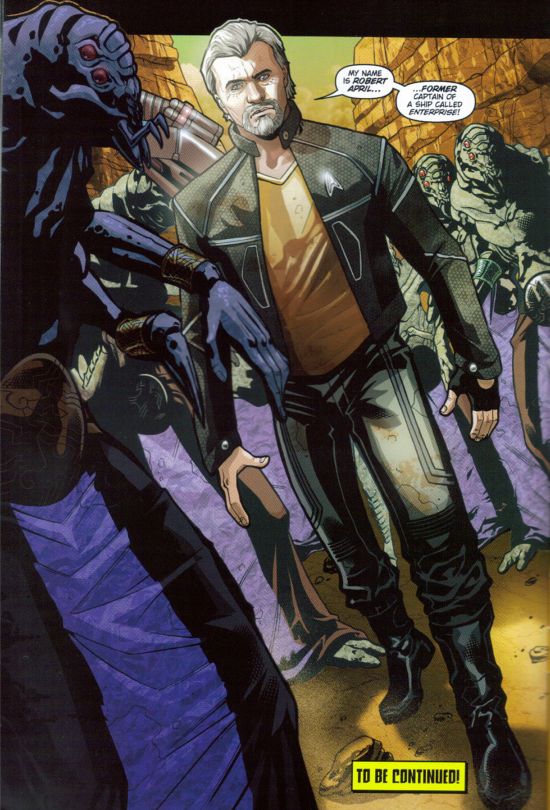 Star Trek Into Darkness Spoiler: Who Is Robert April?