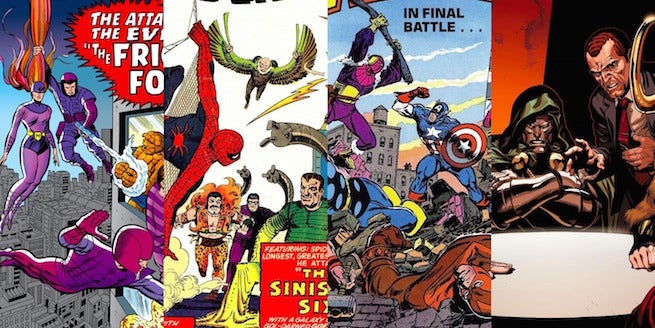 If an independent supervillain wasn't bad enough for a hero's life, a unified team of them can make it downright awful. This truth was once again proven during during last week's "One of Us" episode of Marvel's Agents of S.H.I.E.L.D., when Calvin Zabo, aka, Mister Hyde, brought together a band of villains, including Karla Faye Gideon and Angar the Screamer, in his quest to take down S.H.I.E.L.D. Director Phil Coulson,

Zabo's crew demonstrated the age old adage that three, four or five (or more) heads are more evil than one. Especially when it comes to creating chaos in the comic book universe. With the recent events of "One of Us" now in the books, we thought we'd highlight the five most terrifying and dominating super villain stables in Marvel Comics history. 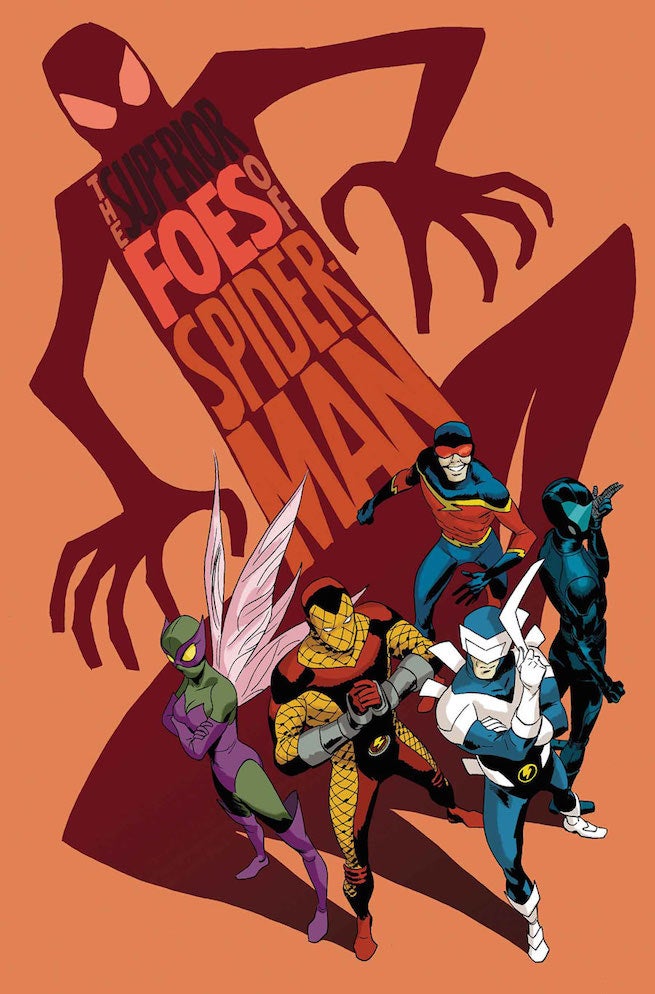 They may not the deadliest assembly of supervillains in Marvel Comics history, but do you know who the most entertaining stable is? That's right, *these guys.*

The Superior Foes of Spider-Man are actually a recent incarnation of the Sinister Six (more on them later), created for the Superior Spider-Man-era by Nick Spencer and Steve Lieber. However, they warrant special mention for fueling one of the most surprisingly funny comic books in years (plus, the group only had five members instead of six – which means every member got a larger cut of their winnings).
In Superior Foes, Spencer and Lieber managed to do the impossible: transform an unreliable narrator (Boomerang), a couple of cowards (Shocker and Overdrive), a mob princess (Beetle) and a third-rate Flash knockoff (Speed Demon),from D-listers into one of the most compelling assemblies ever. This fast-paced caper comic was thick with the visual and verbal gags, such as the wise-cracking disembodied head of Silvermane. And while these guys may be bad guys, they're all so funny, it's impossible to root against them.

The series ended late last year, and you know who misses it every single day? *This guy.* 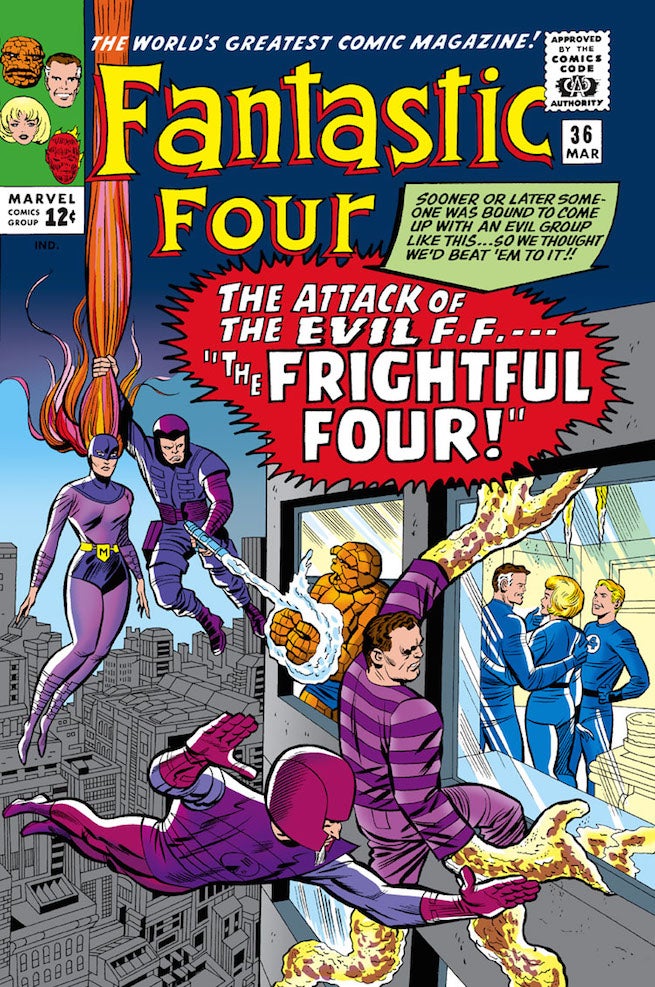 They may poll a little lower than the X-Men or Avengers, but the Fantastic Four are still considered the gold standard for Marvel superhero teams by most accounts. There would be no "Marvel Age of Comics" without them, after all. So it only stands to reason that the Frightful Four, the self-proclaimed antithesis of the Fantastic Four, would endure this villainous test of time.

The Frightful Four first debuted during Stan Lee and Jack Kirby's landmark run on Fantastic Four, nearly defeated Marvel's "First Family" during Sue Storm and Reed Richards's engagement party. Led by the brilliant Wizard, the group also included Sandman, Medusa (an amnesiac at the time), and Paste Pot Pete (who would later "upgrade" his handle to Trapster … not much better by the way).
What the Frightful Four membership lacked in catchy nicknames, they more than made up for in longevity. The group has dogged the Fantastic Four and their superhero compatriots for decades, with Wizard often rotating other members in and out. Considering how the Wizard has refuses to accept defeat, his persistence in reforming the group so many times over the span of nearly 50 years is almost admirable. 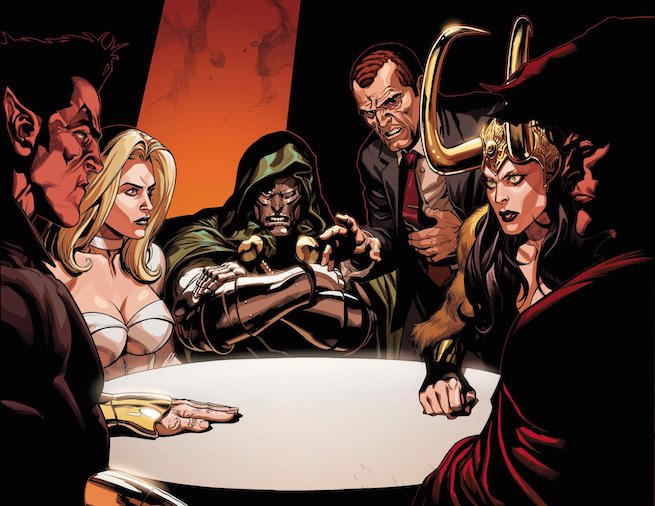 Evil's answer to Marvel's Illuminati, the mysterious Cabal was launched immediately after Secret Invasion and featured an assembly of the world's most powerful and diabolical forces. Norman Osborn was somehow tasked to lead this group, despite the fact that among the rank and file were some of the comic book medium's greatest villains/in-betweeners: Doctor Doom, Loki, Emma Frost and Namor (relative newcomer, the Hood, rounded out the group).
As to be expected of such a collection of alpha dog villainy, egomania and inter-member deceit ultimately undid the Cabal. Throughout "Dark Reign," each of the members constantly trying to undermine the other, while the emotionally unhinged Osborn and his delusions of grandeur made him the biggest target of all. The group eventually flamed out after Osborn's failed attempt to take over Asgard in "Siege."
The Cabal's implosion was spectacular, and so was the level of talent that composed its membership. The group was like the supervillain equivalent of the '27 Yankees (with actual murderers). 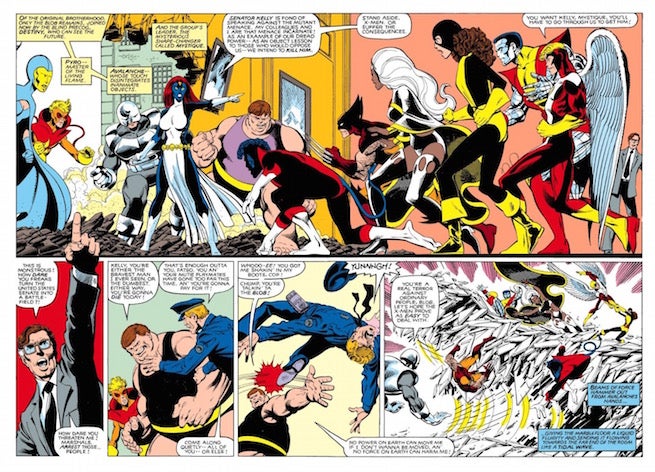 What's the best way to fight a team of heroic mutants? How about with a team of equally matched, but villainous mutants. X-Men arch nemesis Magneto first launched his own stable of mutants to fight Charles Xavier's team during the Silver Age. The group wasn't long for the world, as two of its key members, Quicksilver and Scarlet Witch, left the Brotherhood to join side of good with the Avengers.
The shape-shifter Mystique eventually replaced Magneto as the stable's leader, giving rise to arguably the most famous iteration of the Brotherhood. This assembly of evil talent were the catalysts behind the landmark "Days of Future Past" storyline in the early 1980s.

"Days of Future Past" is a highly influential benchmark in X-history, inspiring a number of similar "dark future" timeline/alternate universe stories (and a 2014 film adaptation). Without Mystique and her Brotherhood, this classic comic book trope may have never come into existence. Talk about the darkest timeline. 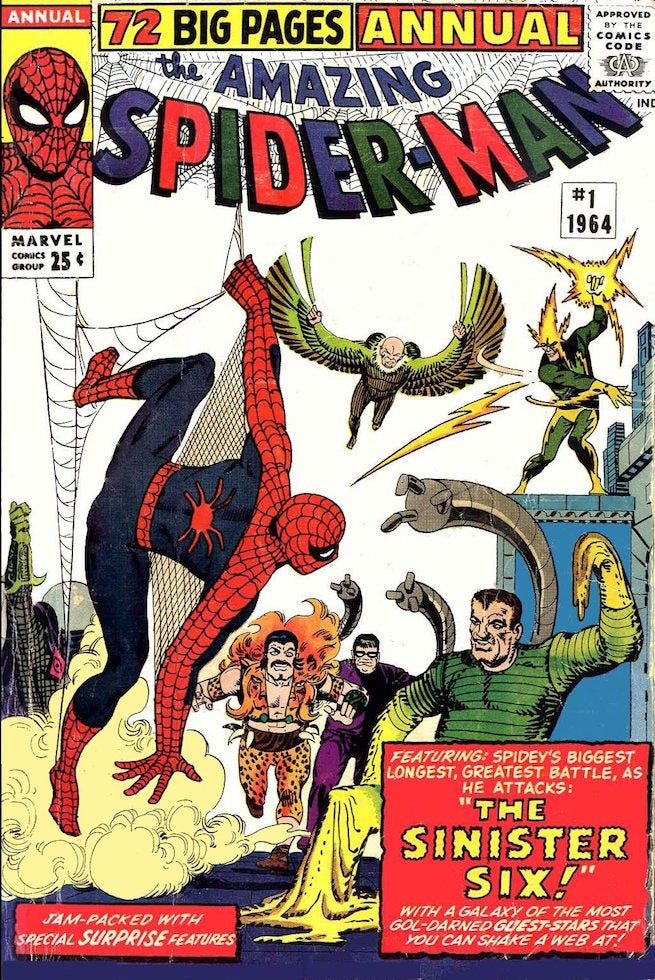 Many comic book readers consider Spider-Man's rogue's gallery to be among the genre's very best, with a collection of colorful and eclectically powered villains. So when Stan Lee and Steve Ditko put six of them together in their landmark Amazing Spider-Man Annual #1, one of the greatest supervillain stables was created.

Despite the group's perennial shortcomings, it's hard to argue against such an assembly of talent in a supervillain stable. Marvel's top evil-doers have represented the group through the decades, with the Green Goblin as the only villain to reject membership.But, that exception was corrected in the Ultimate Universe, when Norman Osborn assembled the Ultimate Twelve. 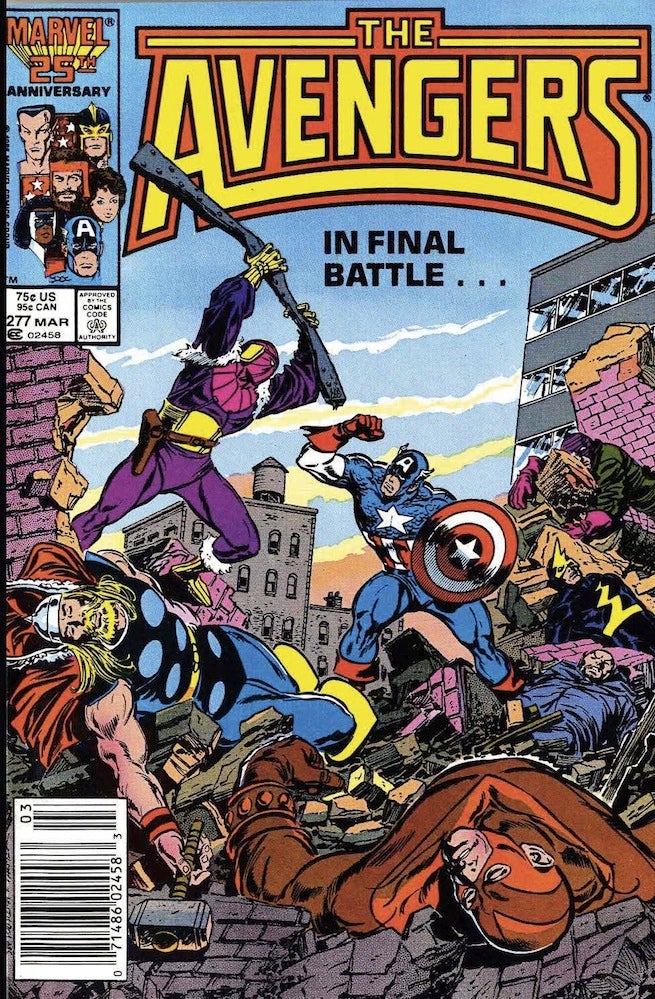 The original Masters of Evil debuted during the Silver Age of the Avengers with Captain America's World War II nemesis, Baron Heinrich Zemo leading the way. The group would be defeated and returned with new members multiple times over (including one iteration that featured the first appearance of Ultron in Avengers #54). But it wasn't until the 1980s under Roger Stern's pen that the Masters of Evil truly became nefarious. Led by Zemo's son, Baron Helmut Zemo, and with a membership that included such baddies as Zabo/Hyde, Titania, Goliath and the entire Wrecking Crew (a stable within a stable), the Masters of Evil slowly plotted against the Avengers, waiting to strike at the moment "Earth's Mightiest Heroes" were at their weakest.

With careful, diabolical precision, the Masters of Evil overran Avengers Mansion. They beat down the god-like Hercules, putting him in a coma. And to kick things up another notch on the evil scale, they brutalized poor, defenseless Jarvis in front of a captured Captain America. At that point in time, no group of villains had so thoroughly defeated the Avengers, leading to one of the most harrowing stories in the team's history.

When Calvin Zabo first mentioned getting a group of his friends together in Agents of S.H.I.E.L.D., you could almost hear the collective crossing of fans' fingers at the prospects of the Masters of Evil making their way to the small screen. Alas, we did not get the villaious team ... yet. But, given this supervillain stable's historical dominance, it's plausible that they'll appear in the Marvel Cinematic Universe at some point.

Which super villain group do you love to hate the most? Let us know below.