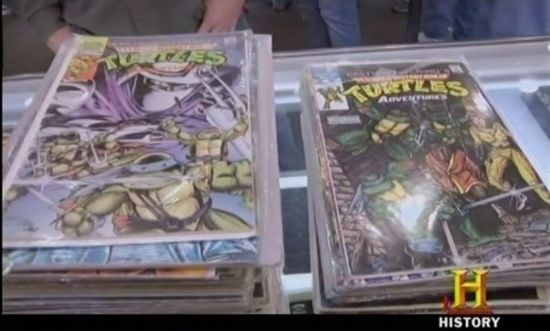 While the Teenage Mutant Ninja Turtles might be teenagers and mutants no longer if Michael Bay has his way, Chumlee of Pawn Stars knows the classic history of the characters. On the latest episode of Pawn Stars on the History Channel, a customer brought in a stack of Teenage Mutant Ninja Turtles comic books to sell. The owner of the comics got them in a storage auction and was hoping to get a thousand dollars for them. The old man asked, "What in the hell is ninja mutant turtles all about?" Chumlee explained, "Basically it's about four turtles: Donatello, Raphael, Leonardo, and Michelangelo. These turtles mutated into large fighting turtles. They lived in the sewers of New York, and they were just kind of crime fighters. They were kind of like superheroes." The old man continued, "How in the hell did a bunch of turtles become Ninjas?" Chumlee explained, "Well, they have master Splinter, he was a giant rat who knew kung-fu." During the segment, History Channel posted some background facts on the Teenage Mutant Ninja Turtles, but they were not entirely historically accurate. According to the History Channel, the Teenage Mutant Ninja Turtles were conceived as a parody of three popular comic books: Teenage Titans, X-Men, and Daredevil. Of course, as comic fans know it's the Teen Titans not the Teenage Titans. 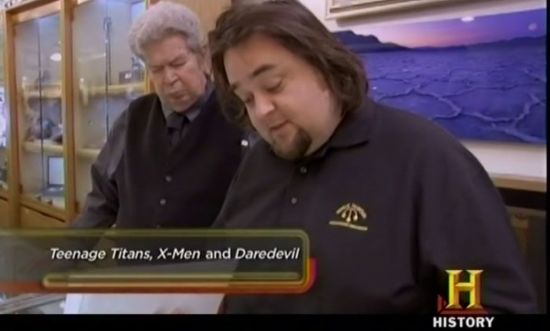 Chumlee called in an expert to appraise the comic books, who said they were only worth around three hundred to four hundred dollars. Chumlee offered one hundred dollars for the comics, but the owner refused the offer, so ultimately the Pawn Stars did not buy the Teenage Mutant Ninja Turtles comics.