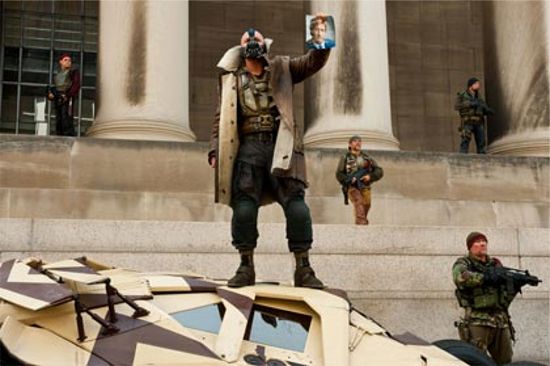 It’s official. Superheroes are dominating the box office in 2012. In its fifth weekend of release, The Dark Knight Rises might no longer be at the top of the box office, but the film is still racking up eight figures per weekend in ticket sales.

Official early estimates have The Dark Knight Rises finishing the weekend in sixth place with $11.1 million. What is momentous about this number is that it brings The Dark Knight Rises total U.S. box office to $409.9 million, which pushes the film ahead of the Hunger Games into the second spot for the year.

With the summer blockbuster season winding down, it’s likely that The Avengers and The Dark Knight Rises will maintain the top two spots at the U.S. box office for 2012. The Twilight Saga: Breaking Dawn Part 2 in November and The Hobbit: An Unexpected Journey in December are the only two movies remaining that are likely to provide a serious challenge, but it’s hard to imagine that either will reach the totals of the two superhero blockbusters.