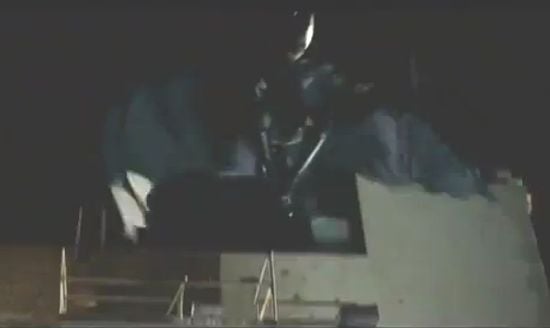 There are a couple of new scenes in the new TV spot, but most of the commercial is a compilation of previously show footage. The TV spot kicks off with a scene from the Dark Knight Rises prologue showing Bane aboard an aircraft. Then, Selina Kyle warns Bruce Wayne that there’s a storm coming.

However, the scene which will likely generate the most discussion is when Alfred Pennyworth tells Bruce Wayne, “You’re not Batman anymore.” Does Alfred just mean Bruce Wayne has retired and there is no Batman? Or is he suggesting that someone else is now Batman?

Other interesting scenes include a bearded Bruce Wayne screaming, Bane dropping a broken Batman mask, and Batman jumping from a building. The Dark Knight Rises will be released in theaters in the United States on July 20, 2012.