This week, AMC's The Walking Dead introduced a number of new characters to the prison in which Rick Grimes and his group of survivors live. Some of them are from Woodbury, the town the Governor ran and then decimated at the end of last season--but some of them are people who have been picked up along the way and, in those cases, we generally haven't seen them before (even in the background) on the show.

So, if somebody looked familiar this week, there's a good chance they came from somewhere else.

Where, you ask? Well, here are some of our favorites...

NOTE: There's a claim on IMDb that Cerina Vincent and Josh Stewart, who appeared in The Walking Dead's second series of Webisodes, appear in the episode as well this week. We didn't notice them on our first viewing and can't find anything beyond IMDb to substantiate the claim. Since the site is user-edited, we'll just stipulate that those two may have been somewhere, but probably not, and move on until and unless they reappear later. 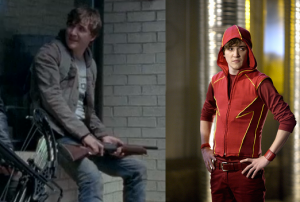 Kyle Gallner, who played Zach on tonight's episode, has had a number of popular recurring roles on major TV series, including a couple that have had presence at San Diego Comic Con International and even one where he actually played a superhero.

Gallner really captured the public eye for the first time in a big way as Beaver Casablancas on Veronica Mars; after that, he had memorable parts on Big Love (Jason Embry), The Shield (Lloyd Denton), Smallville (Bart Allen/Impulse) and CSI: New York (Reed Garrett), in addition to a number of feature film roles and less-notable TV guest appearances.

In AMC-related news, he's worked with Kevin Smith before on Red State and more recent, smaller projects where Smith was a producer. 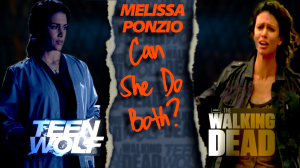 She's usually quite a bit more glamorous than we saw her this week. The lovely Melissa Ponzio has starred in a number of shows (usually in one-off appearances like her recent turn on The Following), but has scored high-profile(ish), recurring roles on both Army Wives and, more recently, MTV's Teen Wolf, which was renewed for a fourth season this weekend at New York Comic Con. 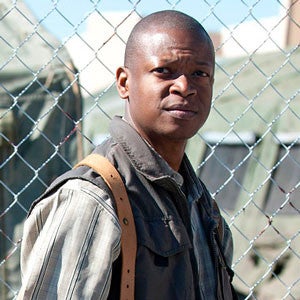 Lawrence Gilliard, Jr., who played Bob in this episode, is kind of the Kevin Bacon of the series, it seems.

Why? Because his IMDb page can connect a bunch of the other characters in weird ways.

He starred on Army Wives briefly, around the same time that Melissa Ponzio was on the show.

He also appeared in an episode of Southland, which starred incoming The Walking Dead series regular Michael Cudlitz, who will play Sgt. Abraham Ford.

And on The Wire, which of course starred Chad Coleman (Tyreese).

The Walking Dead's New Survivors: Where Do I Know Them From?