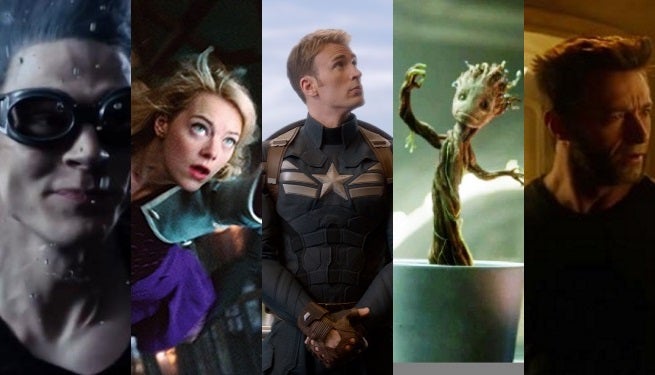 It’s been a good year for superhero movies. They’ve been big at the box office, and, mostly, well received by critics and audiences alike. With the year finally coming to a close, we thought now might be a good time to look back at the year that was.

With so much goodness over the past 12 months, it can be hard to really narrow down the best of the best. However, we’ve done our best to try to pick out the best scenes, sequences, and moments of the past year.

Keep in mind, that in order to recap these moments and do them justice we’ll be spoiling what actually transpires in several of the biggest movies of the past year. Considering how much they made at the box office, we think it’s pretty safe to assume most of our readers have seen them already. However, if not, be warned that spoilers follow. 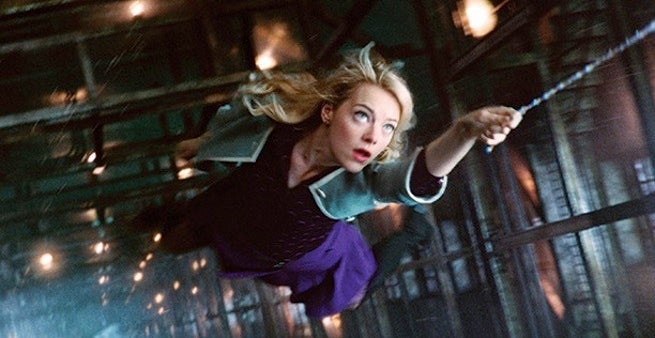 The Amazing Spider-Man 2 - The Death of Gwen Stacy

While The Amazing Spider-Man 2 may have been a flawed film, it did have its moments as well. As with the first film in the rebooted franchise, those moments generally revolved around Emma Stone’s excellent performance as Gwen Stacy, Peter’s Parker’s first love. Even when the film’s directing seemed to be trying it’s best to make the film feel like a superhero version of Twilight, Stone’s chemistry with star Andrew Garfield managed to bring genuine romance to the screen.

Which made the film’s conclusion that much more tragic. Spider-Man and the Green Goblin battle it out in a heavily symbolic clock tower, with Gwen’s life literally hanging in the balance. Then, she falls, and slow motion snaps to real time as she hits the grounds.

It’s brutal and heartbreaking to watch, and as much as the film nails the suddenness of that moment, it also nails what comes next for Peter: the grieving, the sense of time having stopped, the guilt that comes from moving on. Say what you will about the Amazing Spider-Man 2, but this is one thing it did exceptionally right. 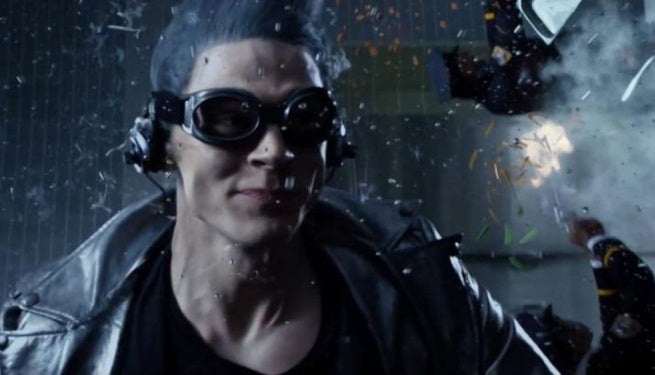 There was a lot of heckling from fans when the costume for Quicksilver in X-Men: Days of Future Past, played by Evan Peters, first surfaced online. Opinions certainly shifted after audiences saw the character in action. Quicksilver was only in the film for a few scenes, but he played a key role and practically stole the show during the time he was on screen.

The real breakout scene was when he – along with Magneto, Xavier, and Wolverine – were making their way out of Magneto’s prison beneath the Pentagon. Stopped by security, Magneto seems ready to turn things into a blood bath. Before he can, Quicksilver springs into action, using his super speed to take out the guards, taste a nice desert, and listen to Jim Croce’s “Time in a Bottle,” all before Wolverine even has time to pop his claws (how the music plays as quickly as Quicksilver moves is a question for another time).

Days of Future Past had a lot going for it, but this was the one setpiece that really got people talking, even after the credits had finished rolling, and one of the coolest slow motion sequences we’ve seen. 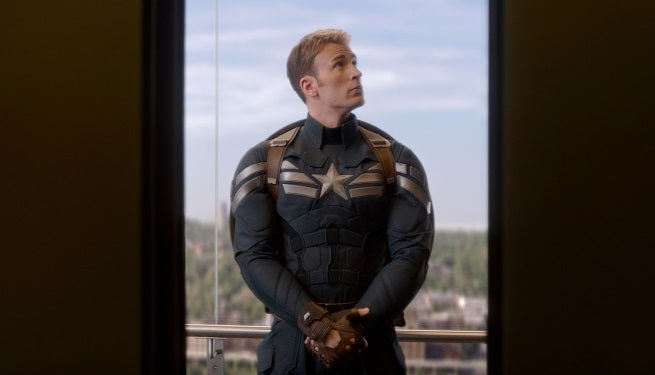 Captain America: The Winter Soldier was a huge tonal departure from Captain America: The First Avenger. The simple black and white ethics of fictionalized World War II were replaced with the moral grey of the modern era. This change of tone is greatly reflected in the fast and terse feel of the film’s fight scenes, as directed by Joe and Anthony Russo.

The epitome of this shift is seen in the film’s memorable elevator fight scene. Things seem grim as, floor-by-floor, the elevator of the S.H.I.E.L.D. Triskellion fills up with secret Hydra agents, including future Crossbones, Brock Rumlow, surrounding the lone Captain America. What followed was a brutal close quarter’s brawl, with only one man left standing: Cap, of course. And when he kicked his shield up off the ground, you knew you’d reached the film’s breaking point. 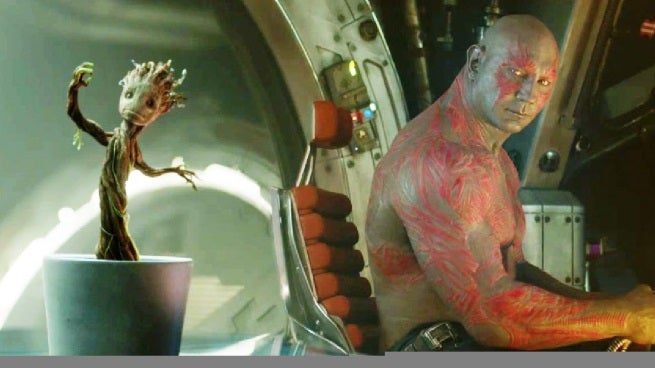 There are a lot of great moments in Guardians of the Galaxy, but the scene of baby Groot dancing to the Jackson 5’s “I Want You Back” was certain the most viral.

Coming out of Guardians of the Galaxy, the Baby Groot scene was the one that nobody seemed able to stop talking about. Fans demanded toys recreating Groot’s sapling self, and other fans answered with homemade collectibles (Disney took a minute to get official versions out there. They had purposely delayed production so the moment wouldn’t be spoiled ahead of release).

After Groot’s emotional sacrifice, the genuinely silly moment of seeing the young tree-like alien dance was a great way to cap off the film’s finale. 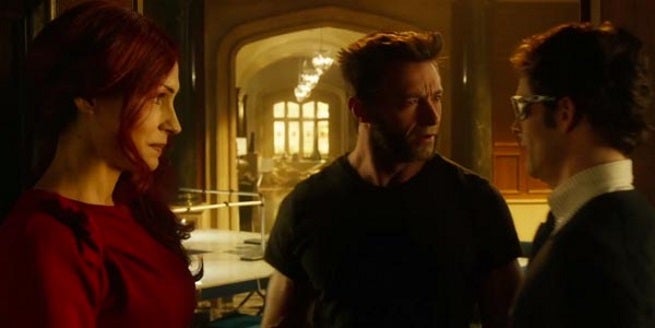 X-Men: Days of Future Past – The Return of Scott and Jean

To have X-Men: Days of Future Past be the only film to claim two spots on this list feels appropriate, as it is a film that brings together two eras of the X-Men franchise. This spot belong to a moment that serves to celebrate the original X-Men films.

Having completed his mission in the past, Wolverine returns to his proper place in the timeline, but everything has changed. The desolate, Sentinel-ruled future he left is washed away, and he finds himself once again inside the Xavier Mansion. He wanders the halls, and spots old friends like Storm and Beast. Then, he finds the headmaster’s office, where the previously deceased Cyclops and Jean Grey are waiting.

For so many fans of the original X-Men films, this moment represented righting of wrongs and the potential for a second chance for some of the X-Men’s most well-known and beloved characters. Cyclops and Jean were killed off in X-Men: The Last Stand, but the ending of Days of Future Past erased that awful film from the timeline, gave fans the chance to see James Marsden and Famke Jansen reprise their roles one last time, and opened up the potential for the characters to appear in X-Men: Apocalypse and other films to follow.