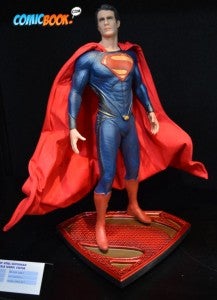 As the movie draws closer, we get more and more good looks at the Superman, Zod and other costumes from the forthcoming Superman reboot Man of Steel.

Toy Fair 2013 in New York is providing us with a pretty good look not just at the costumes but at how Warner Bros. is planning to market the upcoming, Zack Snyder-directed Superman film.

As we've already seen, most of what's on display is more of the same. We get some nice figures featuring Superman, Zod, Faora and Jor-El--and some of the best shots we've seen of the toys yet. There were also some statues on-hand that we didn't get great photos of, but will be sure to share in our roundup post--including a pretty cool one based on that very first piece of promo art with Superman and the squashed bank vault.

The resemblance is great on Zod, although the rest of the faces are a bit soft; these aren't the incredibly detailed, lifelike figures we're seeing from McFarlane's line of toys based on AMC's The Walking Dead, but they're still pretty cool.

In spite of the fact that she's standing on it, and it's not on her breastplate, we can also get our first look at (roughly) what Faora's emblem will look like--and it's not the same as Zod's, lending some credence to the idea that the sigils are probably their famliy crests, just as Superman's is a version of the House of El crest. The Jor-El figurine seen has an evident, visible "S" sigil on it more than any previous version of the figure we've seen, so that syncs better with what we've seen from the movie.

Check out the images below, and keep checking back for more from Toy Fair 2013. 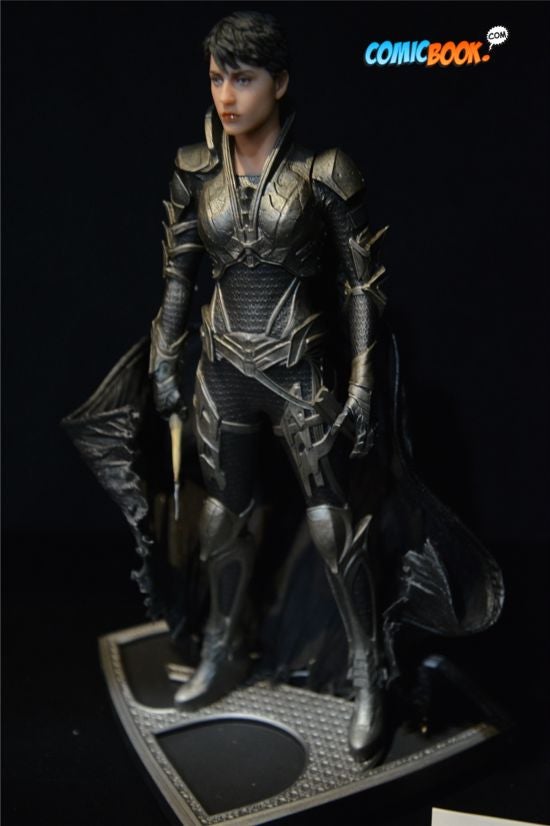 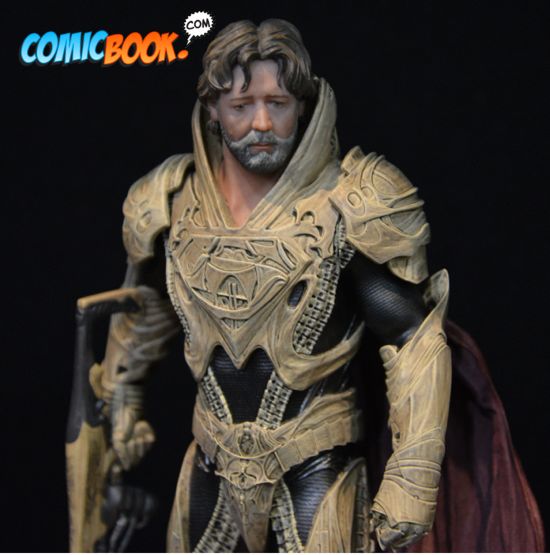 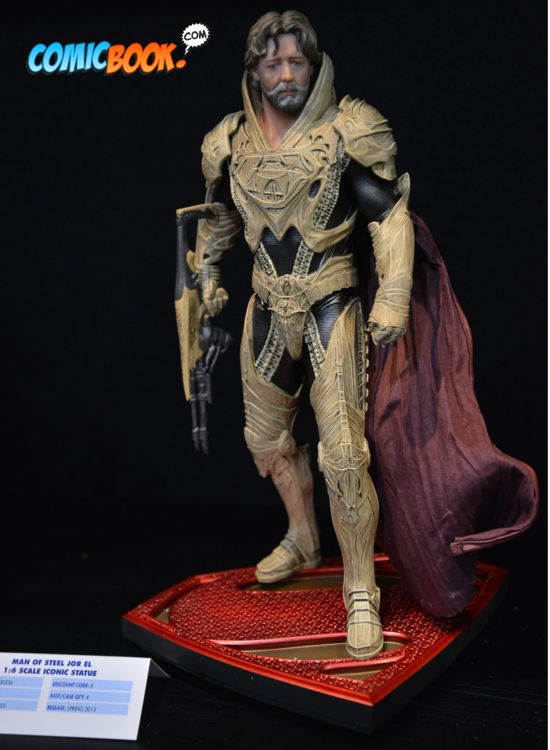 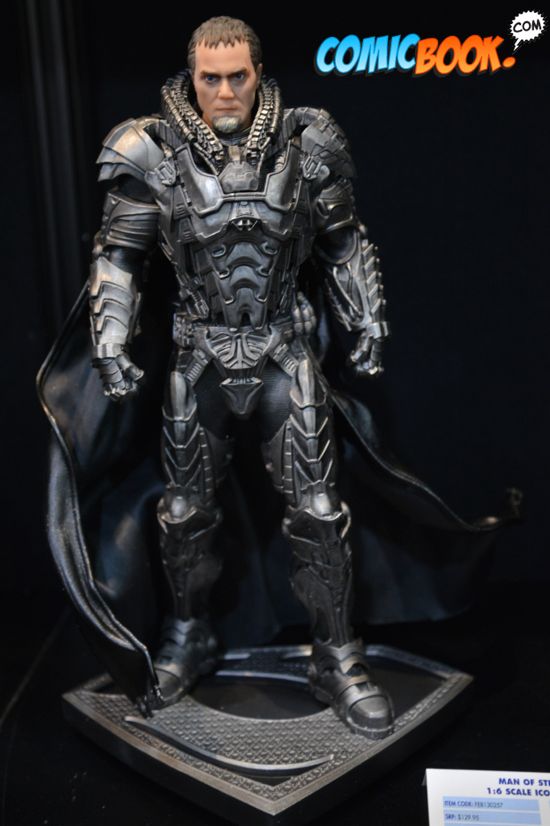 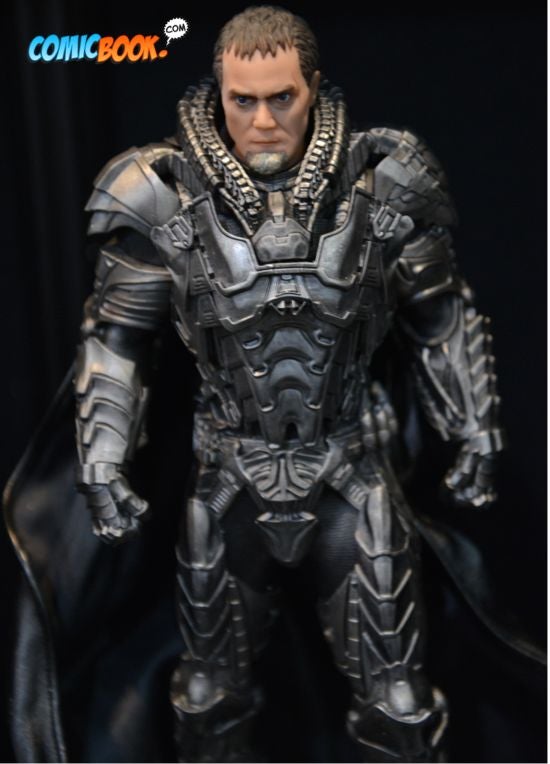